#Blogtour review of #Inborn by Thomas Enger from @OrendaBooks

Today I join the blogtour for Inborn by Thomas Enger. I'm grateful to Anne Cater for inviting me to take part in the tour and to her and to Karen at Orenda Books for a free copy to review.

A concert at Fretheim High School in Norway ends in tragedy and murder.

A teenage boy is accused and hounded online.

His family and their past are held up to scrutiny in court.

What secrets will emerge, what certainties will be overturned - and how will they survive it all?

I just loved this book by Thomas Enger, sitting up into the early hours to finish it off - I had to see what would happen: the book drips with surprises till the very end, not least in the way events are presented. This isn't a conventional police procedural, psychological thriller or Scandi-Noir, even if it borrows elements from all. For most of the story we see the main protagonist, Even Tollefsen, on the witness stand in court, defending his reputation. As the public prosecutor takes him through events following that shocking night, we read chapters of courtroom dialogue, then Even's recollection of the events described. Every detail of his life, of his family, of his friends is steadily, forensically, laid bare and we see Even wonder what the public assembled there are making of it, what his family - his mother, his brother - are making of it.

There are also chapters following Chief Inspector Yngve Mork and his enquiry. Yngve's wife has recently died of cancer and he is beset by grief, haunted by grief, even as he goes through steps needed to solve the crime.

I found the portrayal of Yngve's bereavement raw, shocking and so, so sad. We are accustomed to read crime novels - let's be honest, murder novel, they seldom feature stolen diamonds or dodgy property transactions - with a certain prurience, at a distance from the realities. When grieving relatives appear, we see them as witnesses or suspects, discounting their emotions and valuing them for the information they can provide. Well, it's a bit different here. Yes, this book still has murder at its heart and yes, there's the normal frisson around that, perhaps that's inevitable in this form of novel, but with Yngve, Enger reminds us that death is no game. Åse's death may have been natural, Yngve may, as he says, have had time to prepare, but the sense of loss Enger portrays is nevertheless bitter, crushing and all-consuming. And it leads the reader into all the other loss here, making the central crime more than just a puzzle to be solved.

Even is also puzzled and grieving: one of the murder victims, Mari Lindgren, was his ex girlfriend, leading to speculation, online gossip and accusations (a counterpoint in this book to the courtroom narrative and investigation is the insidious tide of social media, really seen directly but both reflecting and shaping events).

There are the parents of the victims.

There is Susanne, Even's mother, who never seems to have recovered from the death of her husband, Even's father, in a car crash years before.

The book - which is not a long read, at 273 pages - explores all of that loss, its idiosyncratic structure visibly laying bare all of the layers in Engers' tense courtroom narrative where each word has its weight, judgement is by the inhabitants of Fretheim, and everything - absolutely everything - will be revealed. The story is both moving and cathartic, revealing of a time and place where people should have spoken to each other, secrets should have been revealed, before things came to where they did.

Dickson's translation serves the story well, keeping a slight - a very slight - air of foreignness, so that the reader is aware this a story about another society, another place while still rendering events with clarity and conveying the pacing of the story very well. I think writer and translator are well matched.

Overall an intelligent, tense, touching and gripping story, holding interest throughout, and a genuinely different read. 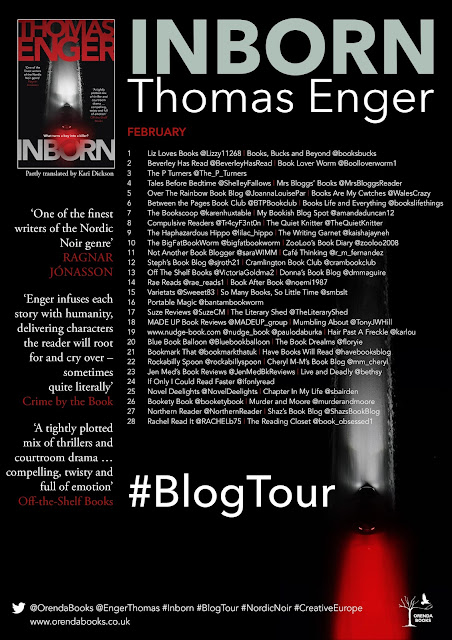