I read and enjoyed Caldecott's first book,  Rotherweird last year (my review). The story of a special town in England, one left isolated and made independent for a very special reason, it's a kind of steampunk Passage to Pimlico crossed with The Wind in the Willows, complete with eccentrics, villains, a vividly realised location (I want to live in one of those Rotherweird towers!) - and magic. All manner of wonders are there.

I'm grateful to the publisher for an advance copy of the sequel, Wyntertide (and a copy of the Rotherweird paperback to pass on to a friend - see photo below).

'By the pricking of my thumbs...
The graves are open,
Wynter comes...'

Wyntertime is in several respects a more complicated, even a more 'difficult' book than Rotherweird (not meant in a bad sense!) In Rotherweird, we learn about the town gradually, through the arrived of an Outsider, new history teacher Jonah Oblong, who is pretty central to the story. An an Outsider he knows nothing of the place's history and ways, so we have the benefit of the explanations he is given, and see him gradually become part of the town until he is central to the cataclysmic events of Midsummer.

In Wyntertide, the story jumps straight in - and the viewpoint is much more evenly spread out among a wide cast of characters with Oblong playing a smaller role. This all puts a high premium on knowing who everyone is (there's a helpful list) and - given the interconnectedness of the stories - what happened before. For that reason I think they would best be read one after the other.

What Caldecott has done here is  think rather clever and rather risky. Given the appeal of Rotherweird-the-imaginary-place, it must have been tempting to play safe, to continue exploring the distinctive, inward looking culture with its rather 1950s-seeming population, coexisting with the modern world while not really being part of it. You might even sell that as a bit of a satire, and it's something I'd certainly read. Indeed, given the first book is actually about a threat from Outside while this one digs deep into Rotherweird's past, that almost seems the obvious way to go.

But Caldecott doesn't do that. Instead, he throws new and rather spicier elements into his dish. We may have thought we understood Rotherweird's past, and what the Eleusians did, but no. We learn more in this book - both about the Elizabethans who founded the town and about its even older history.

There is also romance here. There is politics, as the town is swept by election fever - including a rather scary attempt to scapegoat the Countrysiders and grab their possessions - and exiles return to vote. And a palpable sense that beneath the Hobbitish bustle and self-satisfaction of Rotherweird are dangerous currents.

And yes, at times, all the material does rather come across as one damned thing after another, with not one, not two, but three mysterious books in play, puzzles hidden in paintings and carvings, and at least two factions among the - rather mysterious - forces threatening the town. You can't accuse this book of ever having a dull moment. But that rather heightens the sense that nobody here is in control, nobody has the full picture, nobody can meet the threat that's coming.

And threatened the town is, by a more insidious, deep-laid and formidable plot than in Rotherweird, giving a much sharper sense of peril and, yes, of actual evil than in the previous book. It's definitely darker, and I'd strongly recommend you to read it, and to keep reading, even if slightly overwhelmed by the beginning.

Finally, I have to say a word about the gorgeous illustrations by Sasha Laika. Gorgeous in themselves, they really bring something to the text, whether chilly horror, immersive world building or simply tenderness. And of course, the cover map, by Leo Nickolls, is glorious.

The third and final book, Lost Acre, comes next year. It promises to be a real treat. 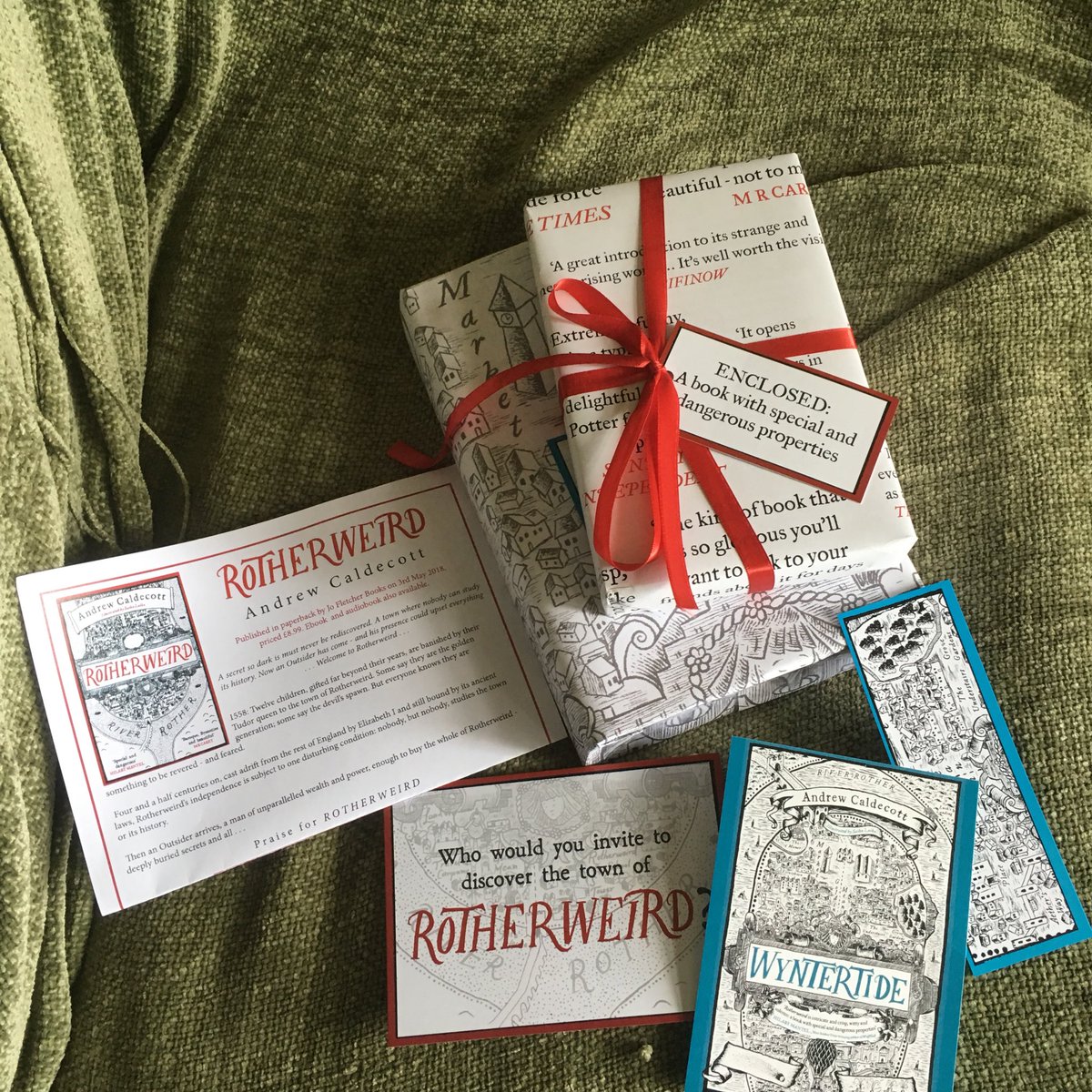