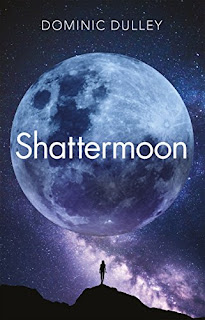 I'm grateful to Jo Fletcher Books for an advance copy of Shattermoon and for inviting me on the tour. (As well as the book, they also sent me instructions for making an Origami spaceship - - see below - how do you think I did?)

This is an absorbing adventure set in far future space (Earth is a distant memory). It's part mil-SF, part space piracy, part grift. and ALL space opera.

Orry Kent, her brother Ethan, and father Eoin make their living fleecing the Ruuz nobles of the Ascendency, currently by riding the wave of popularity of rare books, some dating back to Earth itself. We meet them in the middle of their latest scam, gulling Konstantin, heir to the Count of Delf.

But then Orry gets greedy and takes a liking to a certain pendant acquiring of which wasn't part of the plan. Soon, Konstantin is dead... and the Count wants HER dead. So does notorious pirate Morven Dyas... in fact, EVERYONE seems to want her dead. So begins a breathtaking romp taking in space battles, an abandoned alien civilisation, mercenaries, arrest, escape and a sentient spaceship with PTSD. 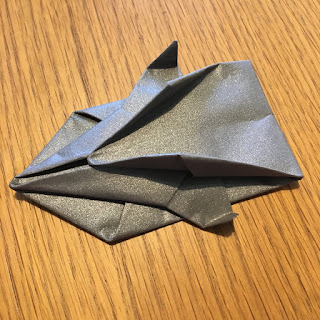 In tone it's a bit like what must be going on round the corner in Star Wars - indeed, it reminded me rather of the recent Solo film, (which I intend as praise). We don't see the manoeuvres of great powers here, but the little people - con artists, orphans on a marginal world, a lonely space captain, all making their way as best they can, all damaged, all vulnerable. (In making the comparison with Solo I should say, though, that the book has rather darker themes with some scenes that make it definitely adult. For starters, Dulley has no compunction in killing off his characters, often in very nasty ways, and being dashing and adventurous is no guarantee of coming through unscathed. Some of those nobles are also pretty debauched!)

While there is a wide cast of characters here, it is, though, Orry's book. Present in every scene, she is a convincing protagonist, desperately scared for much of the time (she has an especial fear of spacewalks) yet resourceful and good in a fight. She's a key part of the grifting team, competes the "collapses" that steer the family's ship, Bonaventure, and her impulse to take that pendant in the House of Delf drives the story.

Of course there's a reason why everyone wants the pendant... I won't say what it is because that would rather spoil the story, but it does draw Orry and her family (and a couple of stout friends she makes in the course of the story) into wider and more dangerous matters. It's all a long way from running cons on unsuspecting nobles, but Orry's ability to blag her way into (and out of) pretty much anything comes in useful. She may, though, have come to the end of her career when she crosses the Imperial Fleet in the form of Captain Naumov, who seems a truly implacable foe.

I would like to have seen the idea of an Empire ruled by aristocrats challenged here, although Orry and her family are happy to milk said nobles for all they can get. But for all that it's an exciting read with a capable and cool headed protagonist. I was impressed by the way that Dulley gets a naval feel to the action, the book reminding me somewhat of Hornblower.

Looking forward to the story continuing in the The Morhelion Exile. 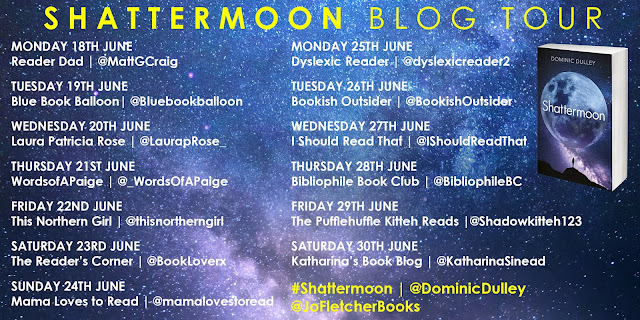