#Blogtour review - Murder on the Rocks by J S Strange 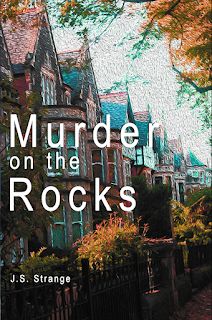 Today we're joining the blogtour for Murder on the Rocks, the first in a series featuring private investigator Jordan Jenner who lives and works in Cardiff and has a semi-regular gig assisting the Cardiff police.. The book is described as "cosy crime" which to my mind generally conjures up leafy English villages, vicars on bicycles and fetes - so it was refreshing to read one which very definitely broke that mould.

Indeed, Strange evokes his Cardiff setting - with excursions into the hinterland - very well, characterising the various districts which range from the run down to much posher, gated areas. He
sets the story at Christmas with the rest of the world apparently caught in a whirl of fun while Jenner alternately pursues his case and broods. The interleaving - and contrast - of investigation and festivities creates a distinct contrast, emphasising just how alone Jenner is. His mother has recently died, he has pushed away his father and brother and lives alone with his cat, Oscar, in a scruffy flat over a dilapidated shop. Indeed, one might detect a thread of noir in Jenner which you'd think would be at odds with any idea of "cosiness" - but actually, it's a blend that worked rather well for me.

When it comes to the actual crime, things are a bit less tricksy although I think the killing and its background must have been a brave choice - an aspiring novelist had been poisoned at a writers' group. Solving the crime requires Jenner to unpick the rivalries, love affairs and deceptions among the group, many of whom seem to be fundamentally unlikeable people. I have to say that all the authors I've met have been splendid people who would never poison a rival, so I can only congratulate Strange on his imagination here. The multiple layers, red herrings and motives here make for a satisfying plot, which Jenner uneasily discovers ensures his own family, with a  dramatic denouement that had me clicking through the pages compulsively.

The story doesn't explain how the Cardiff police come to be employing a PI - that is all set up before the story opens - and I felt that there were one or two liberties taken with police procedure, but Strange isn't aiming at gritty realism (despite that dash or noir) and the story still works well; by and large these things just serve the purpose of giving Jenner support when he needs it but allowing him to work the case. Because Jenner is the star of this book, Strange taking plenty of space to explore his loneness, his life as a gay man (and the book isn't featuring him as a token character here, Strange backs that up with a number of other gay characters too) and his - at times - plain awkwardness. You sense Jenner wouldn't actually be an easy person to live with, although - despite what he himself asserts - he clearly does have loyal, loving friends.

A very promising start to a series, which I hope does well for both Strange and newborn publisher Panther.

You can buy Murder on the Rocks as an e-book from Amazon. 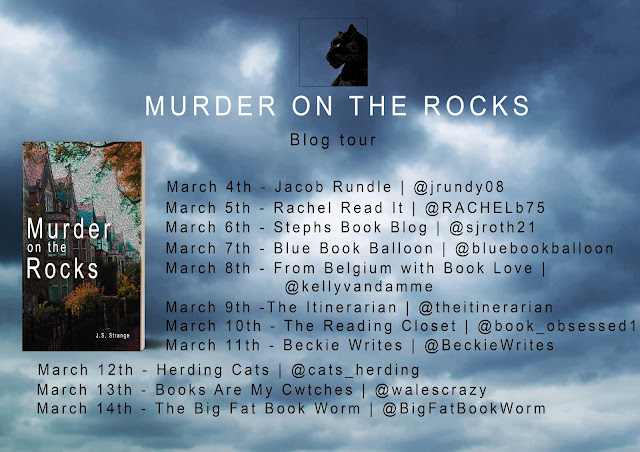