I was very excited to be sent this book - out now wherever you you buy good books - to review, not only because it is the first time that this blog as been part of a tour, but also because the summary drew me in (which they don't always):

"They don't call her Karla any more. She's Charlotte Alton: she doesn't trade in secrets, she doesn't erase dark pasts, and she doesn't break hit-men into prison. Except that is exactly what she's been asked to do. The job is impossible: get the assassin into an experimental new prison so that he can take out a target who isn't officially there. It's a suicide mission, and quite probably a set-up.

The first thing to say about the book, then, is: it lives up to its promise and piles up the tension to thunderstorm levels. There were many points where I wanted to know what happened next - but still almost didn't dare turn the page.  And when I had finished it I had to put down very carefully, untense myself and breathe calmly.  (Apologies to the other passengers on the 17:50 from Marylebone). Giltrow knows how to tell a story, winding and winding away at the pressure on her characters till you almost expect the book to go pop.

What's it about?  As alluded to above, Karla is the cool, self-controlled boss of a crime racket. Put simply, she makes people disappear.  If you need a new identity, or to be smuggled in - or out - of the country, she'll oblige - for a healthy profit.  She doesn't much care what you're done or might do: she's all about the money.  In her Docklands flat, attending the opera, rubbing shoulders with bankers and politicians, Charlotte she seems a long way from the backstreet garages, rubbish strewn lanes, and empty warehouses where Karla's trade is carried on - but she knows exactly how to move through both worlds without leaving a trace (or rather, only leaving the exact impression she wants).

Even Karla, though, might baulk at trying to get a killer into the "Program". A vast open air prison, it's where criminals are left to fend for themselves - where the strong grow fat, and the weak would be better in hell.  Now, though, one killer is already in there - and another has been hired to go and finish them off.  Karla must make it possible.

Weaving between the lives of Charlotte and Karla, and of the killer Johanssen and occasionally others, this is a slow burning, very chewy psychological thriller that questions everyone's motives. Charlotte/ Karla is getting out of the identity game - why does she listen to that proposals of "one final job"? The killer in the Program has entered hell on Earth: what is so bad that one would seek refuge there? And what is the role of the assured Security Service man, Powell?  It tells you enough to convey how much is at stake, but the detail of what (or who) each of the main characters has lost, killed or had taken builds slowly, only really becoming clear right at the end after which I saw the book in quite  a different light.

Throughout the story, I was torn between horror at what had happened (it's not for the squeamish), dread of what might happen next (you have no idea...) and a gradual, building sense of unease at where it was all going.  I'd say that Giltrow handles all this expertly for a first novelist, but that sounds patronising: there's no sense in which you need to make allowances for this book, it's simply a thrilling, gripping read from start to finish, and Charlotte/ Karla is a wonderful character.

In the end we don't find out that much about her life or her background, but I do hope for more, I really do. 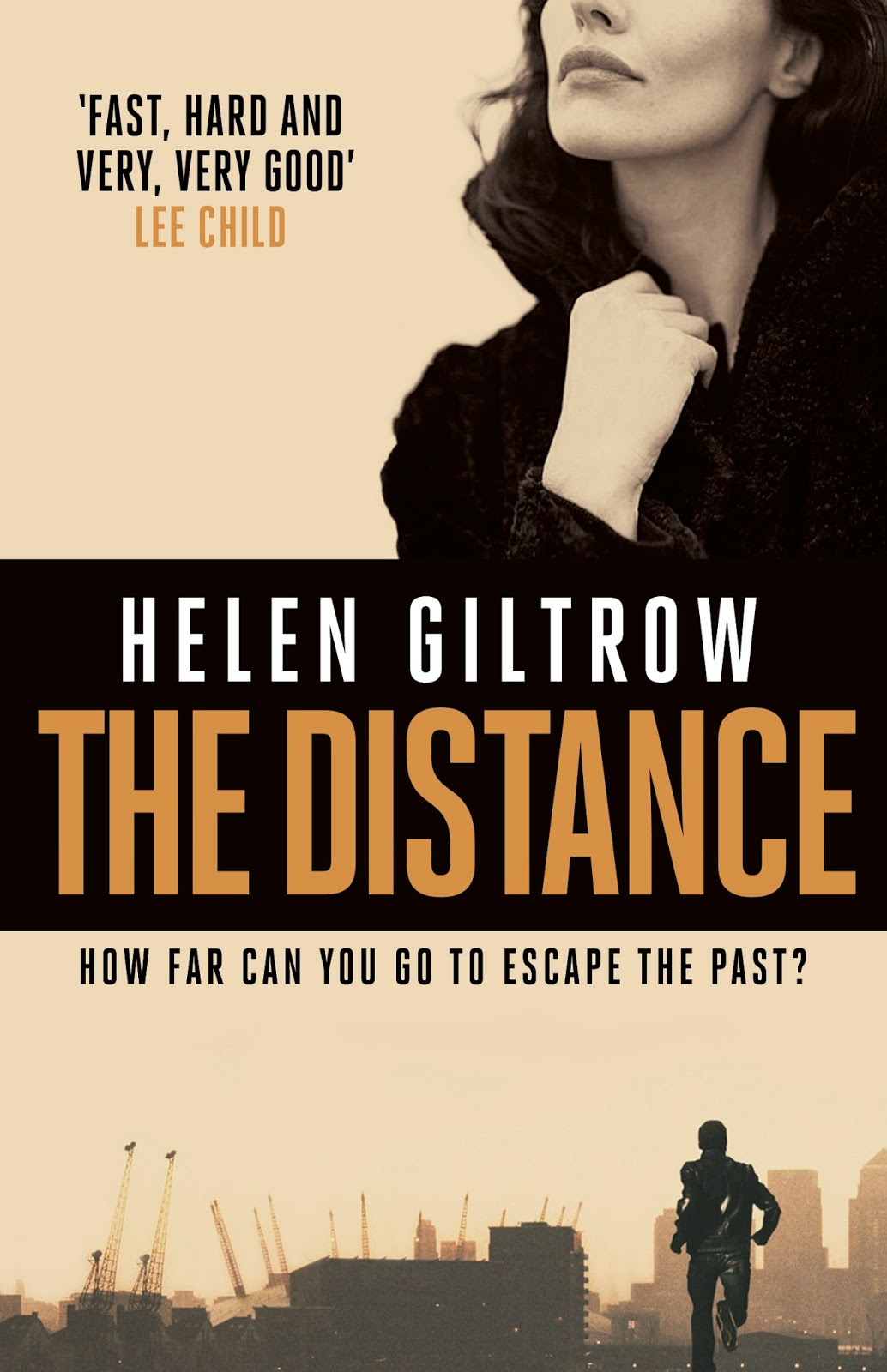