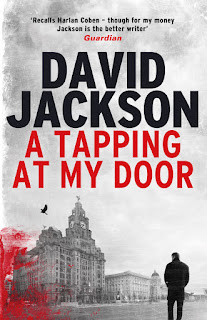 I'd better be careful - I have ancestors who came from Wallasey, just across the water from Liverpool. And Wallasey always considered itself a cut above... I don't want that tapping coming to my door...

A woman at home in Liverpool is disturbed by a persistent tapping at her back door. She's disturbed to discover the culprit is a raven, and tries to shoo it away. Which is when the killer strikes. DS Nathan Cody, still bearing the scars of an undercover mission that went horrifyingly wrong, is put on the case. But the police have no leads, except the body of the bird - and the victim's missing eyes... 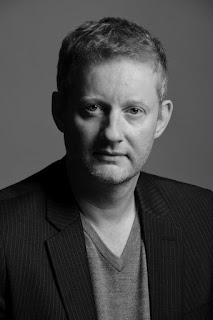 Writing what you (don’t) know

There’s a snippet of writing advice that is trotted out time and time again. I’m sure you’ll have heard it. It goes like this: ‘Write what you know’.

I hate it because it’s a cliché that too many people interpret far too literally. It’s also something with far too many counter-examples for it to cling on to any validity. Did J K Rowling ride a broomstick and wear a pointy hat? How many times did H G Wells travel through time or meet an alien from Mars? Was Robert Graves somewhat older than he looked when he wrote I, Claudius?

What I really detest about this so-called ‘advice’ is that it hampers creativity: it makes already hesitant novices doubt the worth of the stories they would like to relate. It says, Have you ever been a fighter pilot or a spy? No, then how dare you write about such things? Stick to what you know: set all your stories in the stock room of Tesco. And that is no exaggeration. I have actually sat open-mouthed while listening to a famous author say on the radio that bakers have no business writing about characters who do not work in a bakery.

My latest novel is a crime thriller set in Liverpool. I’m from Liverpool, so I’ll probably be allowed to get away with that one (no hope for my previous books set in New York, I assume). I’m not a detective, though. Or a serial killer. Or a woman, even though I have the temerity to write from the perspective of female characters now and again.

And, of course, I’m not alone in this. Most crime writers have never seen a corpse. Many will not even have set foot in a police station. Does that make them bad writers?

See, the thing about writers is that we possess something called an imagination. It allows us to make stuff up. More importantly, other people (called readers) sometimes like what we make up. Heck, they’ll even pay for it.

How do we get away with doing that in the face of such a well-worn piece of wisdom?

Well, there is one sense in which every story-teller does write what they know. It’s this: we write about people. We write about what it’s like to be a human being. We write about hate and anger and humour and kindness and fear and greed and envy and prejudice and love and desire. That is the true essence of story. Everything else is fluff.

A Tapping at my Door is published by Zaffre and available now in paperback, hardback and e-book. You can get it here or perhaps here or if you really want, here.

The Tapping at my Door blogtour continues - see the the banner below for more details.