Cover reveal - The Space Between Us by Doug Johnstone

I've got something a bit different today...  read on to see the cover of the thrilling new novel coming next year from Doug Johnstone via Orenda Books - The Space Between Us is which is out on 16 March 2023.

But I'm not going to show it to you straight away. Oh no. You need to find out a bit first. let me introduce Lennox, Ava and Heather.

Lennox is a troubled teenager with no family. Ava is eight months pregnant and fleeing her abusive husband. Heather is a grieving mother and cancer sufferer. They don’t know each other, but when a meteor streaks over Edinburgh, all three suffer instant, catastrophic strokes...

...only to wake up the following day in hospital, miraculously recovered.

When news reaches them of an octopus-like creature washed up on the shore near where the meteor came to earth, Lennox senses that some extra-terrestrial force is at play. With the help of Ava, Heather and a journalist, Ewan, he rescues the creature they call 'Sandy' and goes on the run.

But they aren’t the only ones with an interest in the alien … close behind are Ava’s husband, the police and a government unit which wants to capture the creature, at all costs. And Sandy’s arrival may have implications beyond anything anyone could imagine…

And did I mention that this is by DOUG JOHNSTONE? 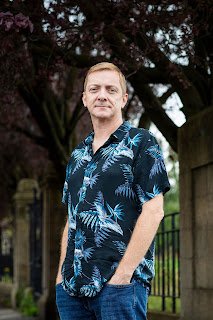 Doug Johnstone is the author of fourteen previous novels, most recently Black Hearts (2022). The Big Chill (2020) was longlisted for the Theakston Old Peculier Crime Novel of the Year and three of his books, A Dark Matter (2020), Breakers (2019) and The Jump (2015), have been shortlisted for the McIlvanney Prize for Scottish Crime Book of the Year.

He’s taught creative writing and been writer in residence at various institutions over the last decade, and has been an arts journalist for over twenty years. Doug is a songwriter and musician with six albums and three EPs released, and he plays drums for the Fun Lovin’ Crime Writers, a band of writers. He’s also co-founder of the Scotland Writers Football Club, and has a PhD in nuclear physics.

As if all that isn't enough, it's set in EDINBURGH, a city I spent nearly eight years in when I was at University (it's complicated). Read Doug's novels and you'll walk the streets of Edinburgh, you really will...

But I sense you're getting impatient. Where is this cover then, Mr Blue Balloon, I hear you say. 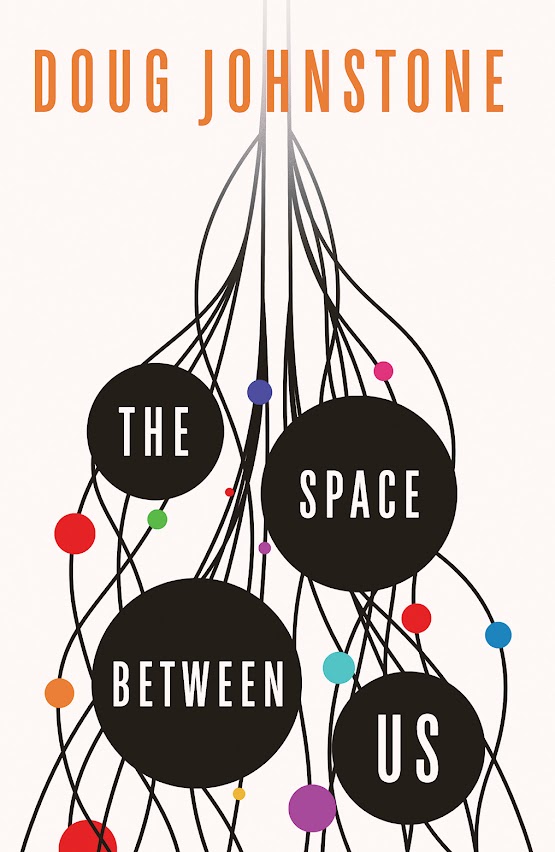 I hope you agree that is just GORGEOUS. And that it does credit to what's described as a "breathless, adrenaline-soaked road trip anda meditation on communication, identity and connection to others and our environment … emotionally complex science fiction that sits alongside recent authors like Sue Burke, Tade Thompson, Nnedi Okorafor and Chris Beckett."

For more information about The Space Between Us, and to preorder a copy, see the Orenda Books website here.