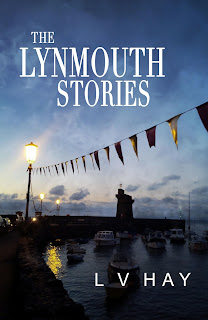 The Lynmouth Stories
Lucy V Hay
Available as: e (print length 35pp)
Source: Free copy provided by the author
ASIN: B07L3TS5XM
I'm grateful to Lucy for a free copy of The Lynmouth Stories to consider for review and to Anne for inviting me to take part in the blogtour.
When I was young, in the 70s and 80s, our family sometimes used to go to the seafront (New Brighton, on the Wirral) in the depths of winter. We had family nearby who we'd visit, but the highlight for me was walking past the shuttered amusement arcades and gift shops and watching the waves break on the rocky beach.
Don't you think there's something two-faced about the British seaside? Something almost theatrical? A darkness, a theatricality that's probably there even in the hottest summer - just go round behind one of those arcades - but which comes into its own when the tourists go away and the locals lose their part time jobs. These are places where anything might happen, and accordingly, The Lynmouth Stories includes three dark short tales, set in and around the seaside town of Lynmouth in North Devon.
The coast of Wales is visible from the town, functioning here in many glimpses almost as a sign that the outside world still exists, whether that is a sliver of hope nor a distant threat. For the protagonists Hay introduces us to, Lynmouth seems to represent a dead end - a stopping point, which they can't get beyond - or a point of decision, marking the end of one life, the beginning of another.
In Plain Sight
For Meg and her young son Danny, kidnapped and whisked from their ordinary lives to live in the power of an abusive man, it's an endpoint. He will never let them go. Meg has to trade herself for even the slightest freedom, and Danny is effectively a hostage for his mother's compliance. Rather than a place of fun, the town, which The Man eventually allows them to visit, is only a wider prison. Meg and Danny will have to be clever and brave if they're going to register their mere existence against the blank slate of winter Lynmouth.
Killing Me Softly
Catherine, who I think briefly crosses paths with Meg, is haunted by a darkness, but in contrast it's a darkness she has brought with her - or which has followed her to Lynmouth. I loved this story which is deliciously unclear about the reality of what's happening: A psychological state? An intrusion of evil? A stalker? Whatever the truth is, there seems to to be a real danger and risk of its taking root and spreading.
Hell And High Water
In the aptly names third story, another family out of season have come to stay in a remote cottage, a last minute decision taking no account of the unpredictable Exmoor weather which isolates costs them off, marking bad relationships worse. Told across two timelines, Hell And High Water focusses on Naomi and baby Tommy, whose lives and future are unexpectedly under threat. Weaving together local history and a shrewd reading of human nature, this was my favourite story.
All of The Lynmouth Stories feature women making choices - choices they have not sought, and which will affect others, especially children (not always their own). The grey, sea-wracked out of season two truly becomes a stage on which these choices are acted out, and leaves us wondering what the consequences were: we can guess some of them, but the picture isn't complete. We don't get to see all of the final act.
Overall, these are atmospheric and involving stories with a haunting background and they leave a great deal to think about. 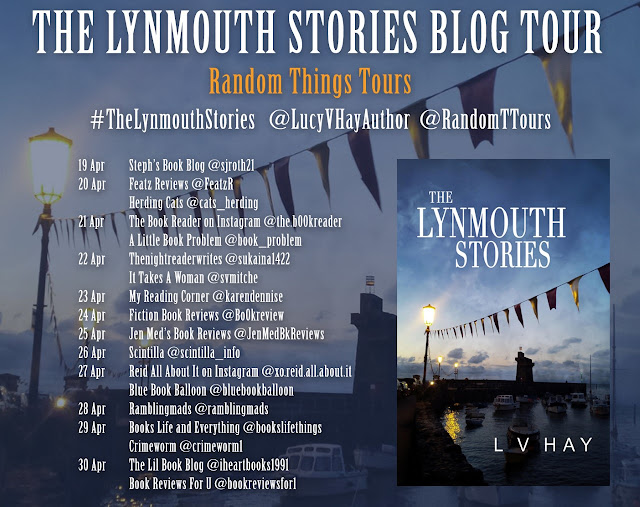