#Blogtour #Review - The Princess of Felling by Elaine Cusack 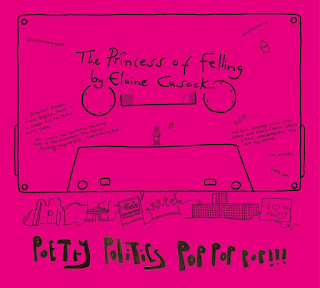 I'm grateful to the author for a copy of The Princess of Felling to consider for review and to Anne Cater of Random Things Tours for inviting me to take part in the book's blogtour.

One of the things I give thanks for as a book blogger is the opportunity to read books that are just that little bit different, and The Princess of Felling is certainly one of these.

Elaine Cusack grew up in the Tyneside area of Felling in the 70s and 80s and has written a book that's part memoir, part exploration of her home town, but also a reflection on her life, on the times and how they have changed, drawing deep on culture, particularly the music she grew up with, her poetry and on where she finds herself today.

I was slightly taken aback - I am always taken aback - to be reminded that the 70s, which is the earliest decade I can remember, is now source material like this but it undoubtedly is, and this book reinforced that by reminding me of coal fires, everyone smoking, and Green Shield stamps. Even if the Tyneside location of Felling is unfamiliar to you (and I hope this books sells beyond its native heath) Cusack's recollections of houses, local characters, family members and Felling businesses brings them to vivid life. But it's not just rose tinted nostalgia. We also see some of the changes that have occurred over the last 40 years, and the work that is being done now to keep Felling alive and active.

Scattered through the text are the author's own poems - always put into context, so that the poem itself, the story of its origin and the emotion it recollects, almost flow into one. Indeed in a sense the book is itself an extended piece of poetry whose themes are Cusack's life and her places. It's a story of a happy childhood and though there are some darker bits later (a mention of a controlling boyfriend, eating disorders and of bereavements) those are emphatically not the subject of the book (although  I think that if Cusack ever wrote something that was more of a formal biography I think it would be fascinating).

Rather it's a story of growing up, always returning to her beloved poetry and music. Again, her musical journey (or, as she terms it, addiction: 'Pop! Pop! Pop! That's all you ever think about!') is the story of those two decades.

The story ends on a consideration of just who really is the Princess of Felling, leading into the most self-revelatory pages of this book (and I won't spoil the story by saying what conclusion Cusack comes to!)

It's a thought provoking, enjoyable read and I found myself wishing for more. I hope Cusack will expand on her story in the future.

For more information about the book and to buy it, visit the publisher's website here.

Elaine's blog (which is well worth a visit) is at www.dipdoomagazoo.wordpress.com, her Facebook is https://www.facebook.com/CusackMansions/ and you can get tickets for her gigs from www.ticketsource.co.uk/cusackmansions. 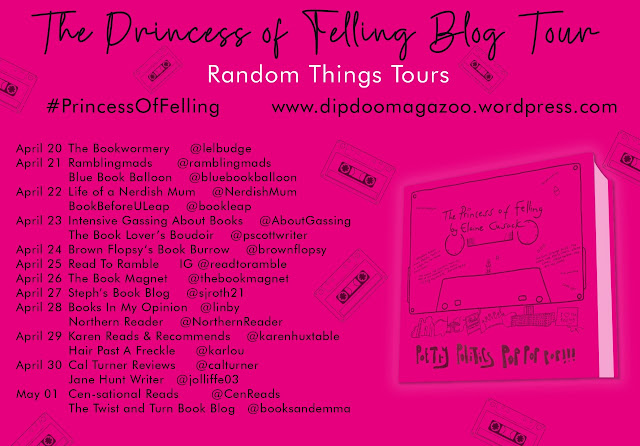