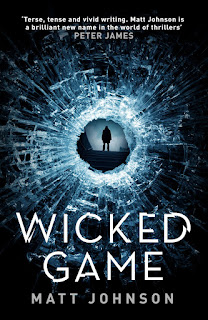 I'm grateful to Karen at Orenda Books for letting me have a copy of Wicked Game as part of the book's blogtour. (See below for details of the tour).

If, like me, you did most of your growing up in the 70s, there are things you may remember. Not just the long hot summers, the year of the ladybirds, and punk rock. No, I'm thinking of the politically heated times. Bombs going off - both in Northern Ireland and on the mainland. Rumours about disgruntled cliques of ex military types plotting in London clubs, of "shoot to kill" in Northern Ireland. Trade unionists targeted on the mainland. Shady, semi acknowledged arms law enforcement over the water known only by cryptic initials.

Set firmly at the opening of the present century, Johnson's book nevertheless looks back to those times through the eyes of his protagonist, Robert Finlay. While it might be stretching things to give Finlay - ex Army, ex SAS - an active past in the 70s, his background in the murky world of Northern Ireland policing, and his contacts among those ex officers, mercenaries and spooks - now gearing up for a different, even more deadly, counter terrorism campaign - can't help but evoke that atmosphere as Finlay becomes embroiled in the deadly game on the streets of London.

Certainly the air of suspicion, of paranoia, effortless sweeps him up, making him contemplate actions that should form no part of modern policing under the rule of law... especially since The trouble is, Finlay is now an Inspector in the Metropolitan Police, sworn to uphold law and order. He will fall far and low if he's caught taking part in any of these "deniable" activities. Yet he's also convinced that his life, and the lives of the wife and daughter he loves, are at risk - and that only he can protect them.

This book is in a genre I don't read very much, the fast paced action thriller and that did mean I had a little acclimatising to do in the early part of the book where we are briskly introduced to Finlay's past, and to some of the elements of the later mystery.

The writing is direct: facts and histories stated, not left for the reader to pick over: there isn't time to stop and sift the finer aspects of motivation - to do so would only slow the plot. That style of writing may not be to everyone's taste but it becomes a real strength in this book as events cascade, ruthless killers spill into the open, and the agencies who should be tackling them are far less united and coherent than one might expect. Johnson marries form and subject very well, almost as if Robert Finlay himself was giving an urgent briefing to his superiors en route to the scene of yet another murder.

This is I think where Johnson's experience at the sharp end of anti-terrorism really shows - he's good at portraying how events unfold, the roles of the different agencies, their shifting agendas and the very human dilemmas and failings of those who work for them. And also, how little they may really be able to affect events.

He also really gets into the minds of the terrorists - there are some great passages of writing that seem to be banal monologues until you realise you're in the mind of a would-be killer stalking their victim. The ordinaryness is very convincing, as is the self-justification

Finlay himself is straightforward: he does what he has to do now, he did what he had to do in the past. When he needed to kill, he killed: when he needed to plan, he planned. These skills come back in the present, and serve him well even though the mess he's wandered into in knottier and has many more layers than anything he dealt with before. What he doesn't do - much - is brood: unlike the heroes of many crime novels, his life isn't a mess, he lives for his family.

And he's prepared to kill for them...

You'll enjoy this book if you're into thriller and action: even if you think you're not, the pace of the writing will carry you away. Robert Finlay's not a man who gives up easily. 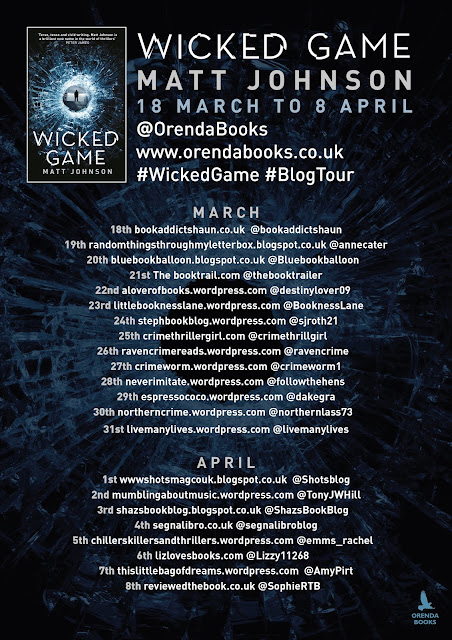