Blogtour review - The Other Twin by Lucy V Hay 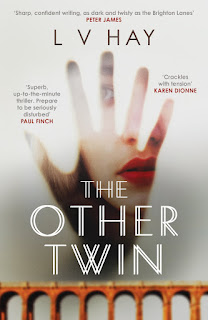 I'm grateful to the publisher and to Anne Cater for a copy of the book to review and invitation to take part in the blogtour for this exceptional book.

Set in contemporary Brighton, the story opens when Poppy wakes, hungover, to a stream of messages from her distraught mother:

"I awake, ravenous, in the early evening. Winter darkness forms at the window.  Head banging, I sit up. I'm in a tangle of sheets on the floor; I've rolled off my grubby futon. As I reach for my phone, a sharp pain shoots down my neck and through my shoulders. Getting too old for this shit.

A strong opening, even before Poppy is plunged into the tragedy that calls her home to Brighton. A place she left four (nearly five) years ago, cutting off relationships, friendships, family and life. Going back, she has become an outsider, knowing nothing about the lives she left behind. Friends have become enemies, lovers cold, family... well her family seemed to be hurting even before the disaster.

Before and After. Poppy delays hearing the news, knowing that her life will forever be split into these two parts. But the moment has to come, and what comes after has to come, and most of all, the question has to come.

Set over the next few weeks as Poppy abandons her life in London (which seems anyway like a makeshift thing - she'd lost her job, her flat was lousy, she seems mainly to be trying to fill a hole left when she fled Brighton four, nearly five, years ago) the story follows her attempt to understand the why and the what.

Why did her sister kill herself?

What drove her to it?

The answers lie in that networks of friends, family and enemies. A network she doesn't understand anymore. She doesn't know her sister was gay; doesn't know she kept a blog; doesn't know who the mysterious "Jenny" is who seemed to be her sister's closest friend.

The upset and overturning of Poppy's previous life is symbolised by her tempestuous relations with Matthew, her ex lover, who she abandoned four, nearly five years ago. He seems to despise her now, but they do meet up and they do have sex... but for Poppy it's different, she's not in control any more. These passages were some of the most unsettling in what was for me a very dark book, centring on identity, control and manipulation.

That theme arises especially in the cryptic chapters describing characters who are never named - a man, a woman, a boy - but who seem to be under the sway of a practiced manipulator, one who pulls strings and pushes buttons so get what they want. The degree of tension - the idea that someone may be marked for death - reminded me at times of Brighton Rock, with the town again a hunting ground and a sinister game being played out.

It isn't exactly like that - but there are definite resonances of Greene's book, not least in the sinister domestic side of this story and in the way that the city itself almost becomes a character in the story - a sense of rackety amusements and unabashed pleasure seeking but perhaps with a darker side. It is perhaps a slightly changed city these days, a more open city and all the better for that. But as this story shows, secrets still abound and they can fester and cause harm.

A distinctively different modern psychological thriller, and a cracking read. 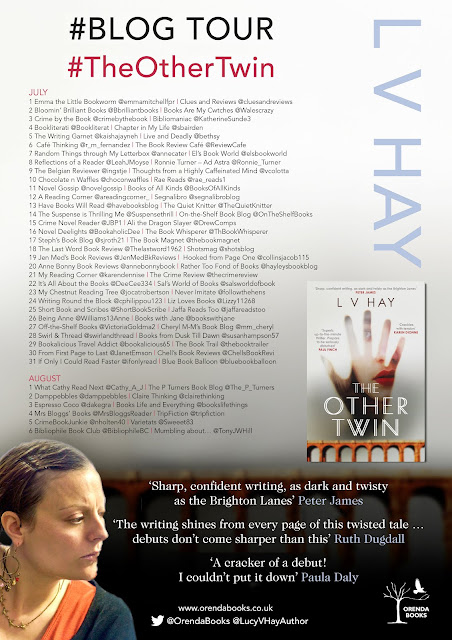