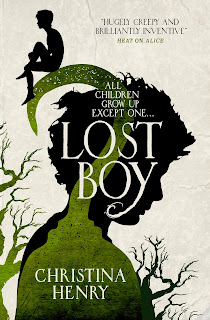 Today I'm proud to be starting off the blog tour for Christina Henry's fabulous new book Lost Boy, out soon from Titan books, along with dark-readers.com and I'm grateful to Titan for a review copy,  I was keenly looking forward to this after reading Henry's Alice last year.

Peter brought me to his island because there were no rules and no grownups to make us mind. He brought boys from the Other Place to join in the fun, but Peter's idea of fun is sharper than a pirate's sword. He wants always to be that shining sun that we all revolve around. He'll do anything to be that sun. Peter promised we would all be young and happy forever.

This is a similar concept to Alice and The Red Queen - a childhood favourite stripped of its innocence and weirded up in the most enticing way. Here, the target is Peter Pan - that boy who'd never grow up. We're back on the island, with a collection of Lost Boys... who have an unfortunate habit of getting killed, whether due to duels with the pirates, accidents or illness (there is no medicine on the island, and Peter won't let you leave).

And Peter's word is law. In effect, once you come here, you're ruled by the whims of a capricious 11 year old with a short attention span and a low boredom threshold. He just wants to play, and anyone who doesn't keep up or begins to bore him is soon replaced - there are plenty of potential Lost Boys in the Other Place.

But not girls. No. Girls. Peter's very clear, and Wendy hasn't happened yet.

Henry skilfully builds up the sense of horror and, yes, oppression that creeps up on her hero - NOT Peter, a boy called Jamie who was the first companion on the island (and so the most special, right? The others think they're special but Jamie... he knows he's different). Jamie does his best to care for Peter's boys - up to and including giving them a decent burial - but he can't protect them all, or all the time, and he, too, is subject to Peter's laws.

On an island where the worst thing you can do is to grow up, Jamie begins to not want to play anymore...

This was an excellent read, better I think in some respects that Henry's earlierAlice books. There's less of the fantastic here - granted some magic, some legendary creatures and of course PIRATES - and perhaps more of a psychological study, a study both of a monstrously childish personality and of the impact on his victims (not too strong a word). It really is a story of growing up, of love and loss and to my mind Henry nails her characters totally. If you've ever read or seen Peter Pan and thought ' something's not right here...' then she reveals exactly what that is - but immediately ups the ante and shows how desperately wrong things can get.

The story dovetails nicely with Peter Pan itself, filling in an aspect of the original we would otherwise be in the dark about, and there are some surprises here (a note of warning, the American edition of the book has a slightly different title which in my view functions as a huge spoiler so if you haven't seen that, try and avoid it till you've read the book). There is also, as the story runs on, an increasing sense of desperation: Peter Pan meets Lord of the Flies, perhaps.

A great read and I'd strongly recommend it. 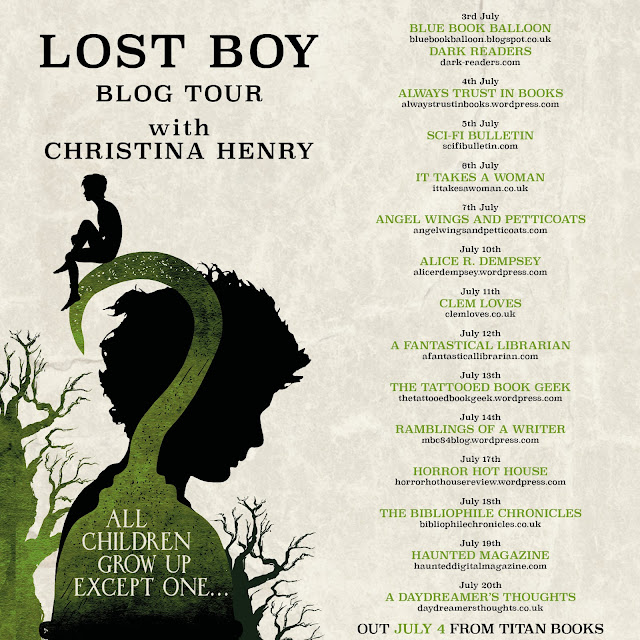