Today, I'm pleased to introduce the first in what 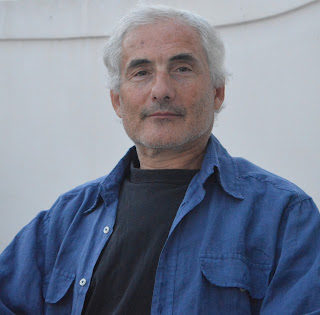 I hope will be a series of Sunday posts hat aren't reviews. Reviews are great but so are other things - so I'm hoping to include guest posts by interesting people (even authors!) and other things...

And the first is a piece by the remarkable Charles Harris (no relation) about FAKE NEWS, something that's been, er, in the news quite a lot.

Charles is an international award-winning writer-director and a highly-respected script consultant, writing and directing for cinema, television and theatre. He is also a best-selling non-fiction author with titles including A Complete Screenwriting Course, Police Slang, and Jaws in Space. Several of his short stories have been published, with two shortlisted for awards.

Charles has a black belt in Aikido and teaches police, security personnel and the public, self-defence against street violence, including knife attacks.

He has a wife and two cats who live with him in North London and two sons who don’t.

And as to why he's written about fake news - well, read on and find out...

How do we deal with fake news in a post-truth age?

There’s nothing new about fake news. It probably goes back at least as far as the first cave man coming home to boast about the size of the mastodon that got away.

During the First World War, the newspapers of both sides were full of exaggerated stories of rape and pillage by the enemy.

David English, who made the Daily Mail what it is today, was described as both “the best editor on Fleet Street and the biggest liar since Herodotus.” He’s said to have invented a complete interview with Betty Ford, First Lady to US President Gerald Ford, and to have pretended to have been in Dallas when Kennedy was shot.

But something has changed recently. Is it because we expect better nowadays? Or is it maybe because we’re starting to realise how bad the effects can be?

At the start of my new novel, The Breaking of Liam Glass, Jason, a desperate young journalist, comes across a teenage footballer, stabbed and hospitalised in a coma and pitches his story to a tabloid.

Unfortunately, the tabloid wants more of a celebrity hook to the story – a hook he doesn’t know if he can provide.

And so Jason is led, step by step, into the dark and dangerous world of fake news.

The whole point of fake news is to change things.

Look, for example, at Tony Blair’s “dodgy dossier.” Whatever you think about the Iraq War, that one piece of fake news succeeded in persuading the UK’s MPs to support it.

However, it also severely undermined the public’s faith in democracy. Perhaps the single most important cause of that lack of faith in recent years. But how much should we care? How important is it to be able to rely on the news?

One inspiration for writing Liam Glass came from a time I spent in Portugal, writing the screenplays for two feature films. Portugal endured the longest fascist dictatorship of any European country in the last century – forty-eight years – from 1926 to 1974.

But one of the most important causes of the collapse of democracy in the first place was the fact that nobody could rely on the newspapers to tell them the truth.

I grew up with tabloids. My grandmother took both the Mirror and the Express. I grew to love their energy, their accessibility.

Near the end of my novel, two otherwise cynical editors on my fictional tabloid (The Post) reminisce about the great campaigns of the past – “obesity and body image, postcode health, MPs for sale, rip-off trains, graduates who couldn’t spell.” They have much to be proud of.

Tabloids have run campaigns that the broadsheets wouldn’t – and to great success. I spent some days at the Daily Mirror researching Liam Glass in their massive open-plan newsroom, and was struck by the sight of enormous blow-up front-pages around the walls, each commemorating a memorable headline. Often these were major campaigns.

But the tabloids have also done far less honourable things – the smear campaigns, the racist slurs, the doorstepping of innocent people, and of course phone hacking.

Jason finds that his teenage stab-victim will only hit the headlines if he fits the tabloid rules: celebrity, scandal, sex. So he sets out to see if he can adjust the story, with just a few very small tweaks of the truth. Those few tweaks lead to a few more. And then a few more…

One lie leads to another…

It could be, of course, that other media – especially social media – will come to replace the press as reliable sources of truth, but I wouldn’t bet on it.

Internet fake news is itself hardly new. Long before Google, I wrote the Internet Search FAQ, to help people search the internet more effectively, pointing to useful parts of the net that few writers know about, even now.

I soon realised that I also needed to help surfers distinguish the sites they could trust from those they couldn’t. I needed to cover issues such as checking how often the site was updated, looking for internal contradictions or sloppy language. (You can find the FAQ today at www.search-faq.com).

Is it possible to have the energy and accessibility of the red-tops without the nastiness, the directness of social media without the bile?

Perhaps the only way we can fight the fakers, in the end, is to tell stories about them – and to laugh at them. 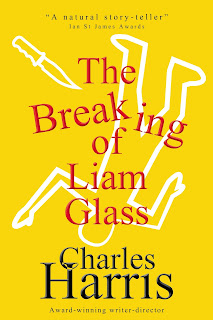 Teenage footballer Liam Glass is stabbed on an estate next to London’s Regents Park and, with an eye to the main chance, journalist Jason Crowthorne sets out to make the most of the story and build a crusade against teenage knife-crime.

In the following 24 hours, Jason creates his campaign, hiding a scoop from rival journalists and avoiding arrest. But other powerful figures are determined to exploit the boy’s story as much as they can, and they have fewer scruples! Liam Glass is a darkly satirical look at the deep splits in modern communities, asking deep moral questions in a sympathetic and humorous way.