Blogtour! Tell me a Lie by CJ Carver 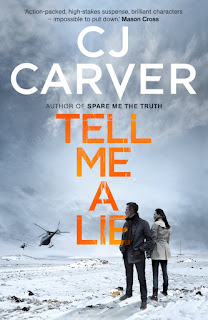 I'm welcoming CJ Carver to the blog, as part of the blog tour for her new book Tell Me a Lie which is published TOMORROW by Bonnier. It's the next gripping international thriller in her brilliant Dan Forrester series.

An aging oligarch in Siberia gathers his henchmen to discuss an English accountant...

As part of the celebrations, CJ has written some top tips on how to use a country’s culture in your writing. Today, she's covering how having an awareness of social systems thickens the plot.

Profanity is second nature to Australians. It’s regularly used to express frustration, for effect, or for humour. For example, “bastard” is usually a term of endearment in Australia and isn’t considered swearing.

I used the word “bastard” a lot in Blood Junction, and where I was commended by the Sydney Morning Herald on my authentic dialogue, the British press called it “strong.”

I didn’t set out to write about what is now called the stolen generation, but when I sent my character, journalist India Kane, to Australia looking for her roots, this ugly history began to make itself known through an Aboriginal policeman who befriends her. I used it as a sub-plot to enrich the story and (hopefully) inform as well as entertain.

Not all Aussies are xenophobic – some are immensely proud of their melting-pot culture - but there are plenty who are. When I read about refugees interned in remote outback camps sewing their and their children’s lips together in protest at their treatment, I knew I had another rich sub-plot.

Each time I look at setting one of my books overseas, I start looking for profound aspects in the country I’m studying.

For example in Tell Me a Lie, the main plot is driven by Russia’s social system. The people’s need for a great leader even if he imprisons, exiles or executes millions of people without due process. Take President Putin. He’s a ruthless, cold-blooded, corrupt ex-KGB officer but the majority of Russian’s revere him for being a “strong man” thanks to being brainwashed by the media which is, needless to say, controlled by the government.

As I got to know Russia better, another sub-plot began to emerge. This one was to do with the psychology of its people. Russians are deep thinkers. They love to laugh, talk and share stories. They love to gossip about mutual friends when they’re not around. They can be blunt to the point of rudeness. But above all, Russians are passionate and fiercely loyal to their country. It was this immense and all inspiring devotion that helped drive the book to its finale.

The third thread I used was Russian spies. Ever since the Soviet era, organised, clandestine agents have operated in the West with daring and ingenuity. A top British intelligence official has recently warned there are now more Russian spies working in Britain than during the Cold war. What better story hook could I want than having a sleeper agent in Moscow demanding a face-to-face meeting with Dan Forrester, my hero?

You can buy Tell Me a Lie from your local bookshop, or here, here or here. Next stop on the tour tomorrow is Crime Thriller Hound.

CJ Carver is the bestselling author of seven crime fiction novels including Blood Junction. She has won the CWA debut dagger and the Barry Award for Best British Crime Fiction.

CJ was born in the UK and grew up on one of the country's first organic farms, before a holiday in Australia at age 22 turned into a ten-year stay.

She has been a long-distance rally driver and is also the founding judge for Women’s World Car of The Year. Her mother, Mary Seed, set the Australian land speed record in 1957. 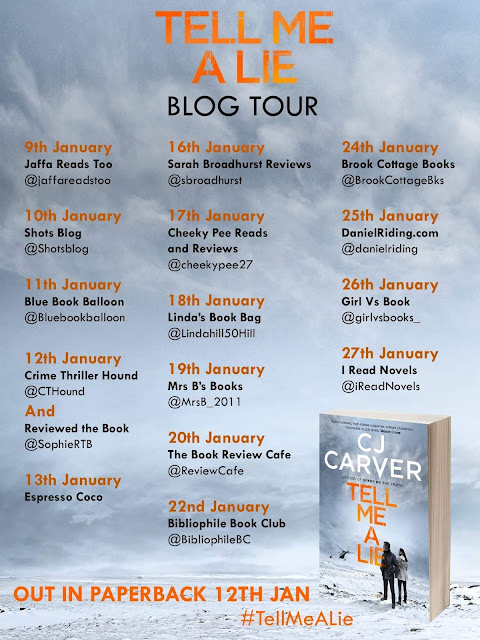