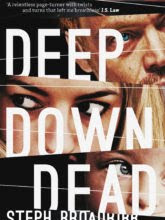 I'm grateful to Orenda Books for a copy of the book.

Full disclosure: I attended the launch party for this book and consumed a great deal of excellent cake provided by Karen of Orenda books. I've also taken part in several Orenda blog tours and highly rate what they are doing.

So it was a slightly nervous moment when I opened this book and began reading - because if it wasn't excellent, I don't where I'd be*.

Lori Anderson is as tough as they come, managing to keep her career as a fearless Florida bounty hunter separate from her role as single mother to nine-year-old Dakota, who suffers from leukaemia. But when the hospital bills start to rack up, she has no choice but to take her daughter along on a job that will make her a fast buck. And that’s when things start to go wrong. The fugitive she’s assigned to haul back to court is none other than JT, Lori’s former mentor – the man who taught her everything she knows … the man who also knows the secrets of her murky past. Not only is JT fighting a child exploitation racket operating out of one of Florida’s biggest theme parks, Winter Wonderland, a place where ‘bad things never happen’, but he’s also mixed up with the powerful Miami Mob...

The first in a series, this introduces the formidable Lori, bounty hunter, former exotic dancer, former abused spouse, all round whirlwind of awesomeness. Lori's not some abstract campaigner for justice: yes, she has rules for her work - rules her mentor taught her with sweat and blood - but her focus is entirely practical: raising the money to pay the medical bills for her kid, who's seriously ill and needs expensive care.

So it's a very hard-nosed story, set in a pretty uncompromising underworld.

The stakes are high, and the body count higher.

Every move is a betrayal.

I just loved it. Broadribb excels at creating atmosphere. She gives Lori a distinctive voice and makes you want to listen to her - whether she's musing on her past and how she became what she is, coldly assessing her chances in an unequal fight, or engaging in lightning repartee with JT. And, wow, those two... there's more than a spark there. Again Broadribb, makes their relationship convincing, makes you want to know more. (What happens after? What happened BEFORE? - We hear a little about this, but I'm sure there's more to tell.)

This core reality carries the book, not perhaps effortlessly, but perfectly credibly, through the end-to-end madness that a certain sort of thriller demands. You really don't get any let up here: there are fights, car chases, injuries, killings, betrayals and double crossings, all set amongst a kaleidoscopic, relentless pursuit through several states. And plenty of jeopardy. It makes me tired just thinking about it, but Broadribb has Lori and JT keep moving and keep in the game - a game whose rules they're trying to work out as they go along despite it all. She doesn't fall into that trap of having the reader cry out despairingly "DO THE THING" because JT and Lori know what they're about, they are worthy players of this deadly game.

And behind all the action there's certainly a very nasty idea, a real flaw in Paradise, which pits the two against some truly powerful people. It isn't just a game. Or if is, it's an evil one. They can't expect any help and the chase only digs them in deeper.

I found it a truly compulsive read, with engaging and complicated characters and a vivid and well realised setting. (I wasn't a surprised to hear that Broadribb had actually trained as a bounty hunter as part of the research for the book: she's yet to tase anybody, apparently).

No reason to be worried, then: reading this book was time well spent and I'd strongly encourage you to do the same.

And - as the teaser at the end reveals - there will be more adventures for Lori... 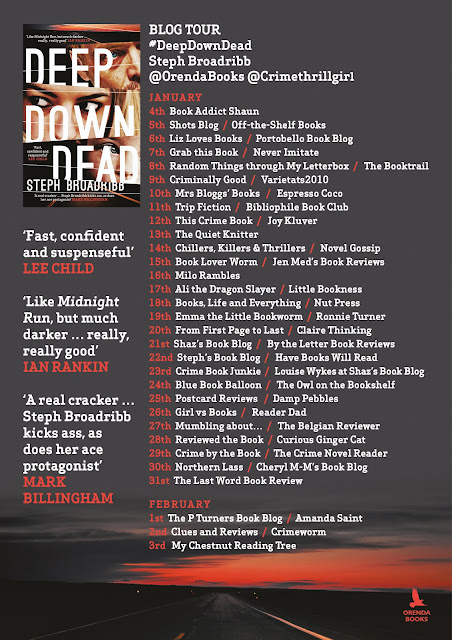