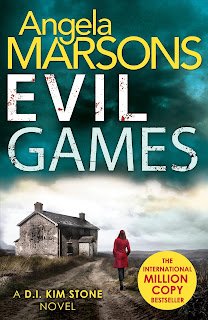 As part of the Evil Games blogtour, I'm honoured today to feature a guest post by Angela Marsons, who's behind the brilliant DI Kim Stone crime series.

Angela's given us some thoughts on Dealing with Emotional Scenes - something which, as a reader, I can see is potentially very difficult but done right can add so much to the resonance of a book.

One of my favourite parts of the writing process is tackling the emotional scenes in a story.  I enjoy the action scenes that move the story along at pace but I always sprinkle the narrative with scenes that I am just dying to write and then I write towards them.  In a way it’s like my reward for moving forward.

In Silent Scream I particularly enjoyed writing the scenes between the main character Kim Stone and Lucy, a spirited teenage girl with Muscular Dystrophy.  Each scene built on the bond of understanding that was growing between them that culminated in a very special friendship. 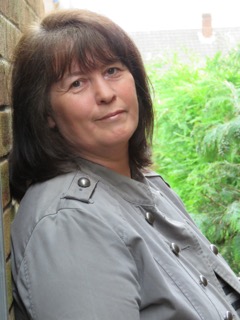 In Evil Games I found the scenes concerning child abuse very difficult to write but I wanted the reader to feel the same emotion as me as they read the book.  There was one particular scene in the book where the two young victims of abuse are questioned by a child psychologist while Kim observes and although nothing graphic is discussed the horror for those poor girls was with me throughout.

Later in the book there is a particularly harrowing scene concerning a mother with post-natal psychosis which prompted me to walk away from the desk on more than one occasion before I could finish the chapter.

As the author the further I get into the book the more emotional involved I get with writing the difficult scenes.  As I write I’m also getting to know my characters and feeling their emotions and it is not uncommon for me to feel rage or injustice at what is happening even though I’m the one making it happen.  Realistically, I know I could change the fate of my characters but once the story has cemented in my head I have to move forward and write their destiny.

The chapters that affect me the most are normally scenes dealing with loss.  It’s not uncommon to find me hunched over the desk with a pencil in one hand and a tissue in the other.  I have written scenes where I can barely see the page through the tears streaming down my cheeks.  It’s quite strange to have a job where you wring out your emotions almost on a daily basis.  On more than one occasion my partner as come running through to me fearing a family death or tragedy upon hearing my loud, messy sobbing.  Luckily she understands when I explain that one of my characters just died.

Once the scene is complete I step away and take a few breaths or work the emotion out by taking a walk or playing with my dog.  Anything to just balance the feelings with something positive that takes me away from the situation.  Removing myself immediately allows me to feel the emotion but not become absorbed by it.

And then I go back and start editing and it starts all over again but at least this time I know what’s coming. 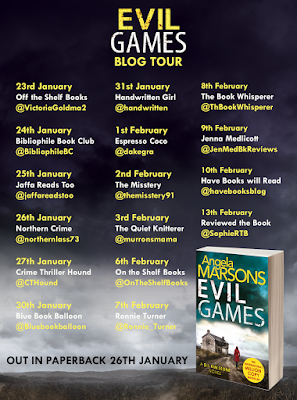 Evil Games was published on 26 January. My review is here.