I don't normally pay that much attention to Hallowe'en in bookish terms, but I've noticed as the nights have got darker an excellent run of spooky or horrific books tends to appear. (This year there's also a run of books on Hygge - maybe scope for a crossover there?) And on Sunday the clocks go back, giving an extra hour for reading, and darker evenings.

So I thought I'd do a roundup. Autumn and winter are just right for reading on the dark side, and it'll soon be Christmas (it will!) the very best time of year for ghost stories - so here are some that have come up, some of which I've read and some I haven't. 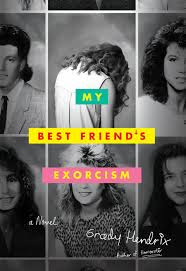 First up is My Best Friend's Exorcism by Grady Hendrix (Quirk Books, 17 May) which is very much at the concept end of horror: an Eighties themed hybrid of Beaches, Mean Girls and The Exorcist styled a little like a High School yearbook, by the author of Horrorstör. Grady turned up here in May to write a piece about how his high school years and horror writing weren't too far apart...

Ideal to get you in the mood for an Eighties themed Hallowe'en party - or as a present to your host perhaps. 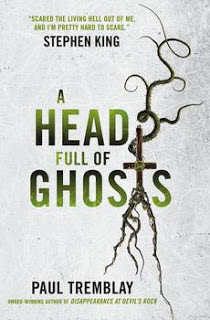 Next, and while The Exorcist is in your mind, in September I reviewed A Head Full of Ghosts (Titan Books, 27 September) by Paul Tremblay - superior possession fiction (perhaps it's possession fiction) with a modern twist: is was all done on reality TV, which, as we know, never lies. How to make this rather hackneyed genre fresh, when every book written is in the shadow of that predecessor and has to refer to it? Tremblay knows. Accept the self-referentiality. Glory in it. 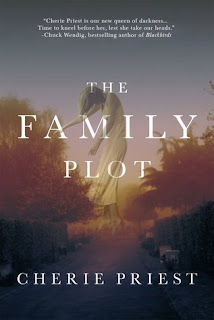 Indeed, let the story analyse itself. Let your characters - or at least some of them - be conscious of all that baggage. Let the possession itself be the subject of a reality TV show, introducing another layer of artificiality to this already artificial situation. Then add more. And more. A blogger, 15 years later, reviewing and analysing the TV series. One of the family, putting forward her side of things in a book. Unfinished business. 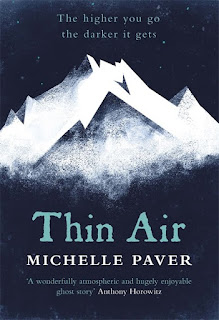 Like A Head Full of Ghosts, The Family Plot by Cherie Priest (Macmillan, 20 September) is set in the US, but in a very different locale. It's Southern, with a nasty, spooky house - basically that old place strangers are warned to stay away from, set for demolition. Driven by the need to make some money and save their firm as it totters on the brink of bankruptcy, Dahlia and her crew of architectural salvagers begin to take the place apart. But what ghost would welcome such a thing? Chilling, tense and with a genuine mystery at its heart, this book really did haunt me...

October saw a crop of excellent ghost stories, as you'd expect. First was Thin Air by Michelle Paver (Orion, 6 October). Superficially similar to her earlier Dark Matter (also excellent) this is another story in which plucky heroes of Empire go a bit too far into the wilds and stir up something they can't bear to acknowledge, let alone cope with. It's easy to dismiss the superstitions of the 'natives' until they come back and bite you. Whether you read this as a plan ghost story or perhaps a bit of a parable of Empire, it's equally chilling. 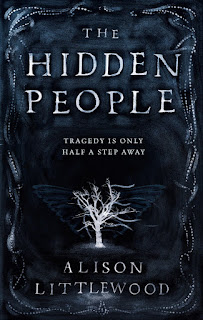 Alison Littlewood is one of the authors I now look out for a story from each autumn: she's written a series of horror stories set firmly in the late 20th/ early 21st centuries, but with The Hidden People (Jo Fletcher, 6 October) she has gone back into the 19th with a tale of fairies - but these are not kind, nice, absurd fairies but scary fairies... If they're real, that is. If they're not real, there is still horror abroad but it might (gasp) be as much a matter of evil - of human misogyny and prejudice - as if they did. Albie Mirralls is the son of a prosperous family, working at his father's firm in the City. Early in the book we see the two visit the Great Exhibition of 1851 along with Albie's cousin, Lizzie, and her father. A connection is made between the two that endures, albeit sleeping, until after her death a decade later. When Lizzie is horrifically killed by her husband, who has come to believe that she's a changeling, a fairy, Albie sets off for the Yorkshire village of Halfoak, to investigate...

Susan Hill is another author who supplies regular frights (as well as other sorts of books) and a new collection of short stories by her is an event to treasure. I have my copy of The Travelling Bag (Profile, 29 September) but I haven't read it yet - I'm saving this one till Christmas!

Finally, I wanted to mention Warren the 13th and the All-seeing Eye (24 November 2015) and Warren 13th and the Whispering Woods (not out yet, sorry!) - two beauties from Quirk Books beautifully written by Tania del Rio and beautifully illustrated by Will Staehle. 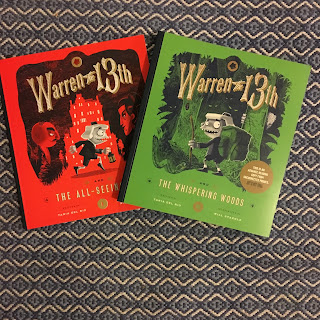 Warren the 13th is  a cursed twelve-year-old Victorian bellhop who's terribly unlucky, yet perpetually optimistic, hard-working, and curious. Warren's pride and joy is his family's Warren Hotel, but he's been miserable ever since his evil Aunt Anaconda took over the management. Anaconda believes a mysterious treasure known as The All-Seeing Eye is hidden somewhere in the walls of the hotel, and she'll do anything to find it. If Warren wants to preserve his family's legacy, he'll need to find the treasure first - if the hotel's many strange and wacky guests don't beat him to it!

These look just the sort of thing to curl up by the fire with and read to your children on those dark nights I keep going on about. Or yourself, if you don't have any children.

Finally, just LOOK AT THIS (just in - my order arrived today) - a graphic novel version of some of MR James's ghost stories, by Leah Moore and John Reppion. Whether you've read these stories and want a new take, to justify reading again: or you've never read them and wonder where to start - this is ideal.

Whatever you choose, have a scary time in those long, dark nights... 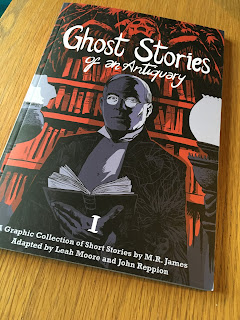