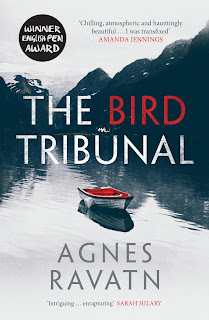 I don't think I have ever read a tauter, tenser psychological-er thriller than this. By the end my nails were bitten down and my hands clenched rigid. It is so intense. Pretty much the only characters are Allis, the historian turned TV presenter who has now fled to a remote community after a scandal, and Sigurd, her employer. I think that there may be three others who turn up in the book, none for more than a few lines, and a few more who are mentioned (Allis's parents and the husband she has abandoned).

The one other character who features is Sigurd's wife Nor. While she doesn't actually appear she is present, in some sense, throughout. She is, Sigurd tells Aliss early on, "away". Allis is to fill in for her, tending the garden, cooking and cleaning. A far cry, you'd think, from her previous glamorous job - but after what has happened (we only slowly learn about that) Aliss seems to want nothing so much as to vanish. Even the oblique taunting of the woman in the local shop (one of those few other characters) disturbs her.

The whole weight then is borne by these two, alone, mostly in that lonely house on the fjord or its garden, sometimes together, catalysing each other into greater and greater desperation and defiance, sometimes alone and brooding. It's like one of those plays where a couple of people are on stage throughout. Every expression, every glass of wine (both are heavy drinkers), every nuance of what they say - every silence, especially - counts.

But where is Nor? When will she be back? This question hovers over Aliss as she weighs up Sigurd. Alliss is our viewpoint, but she is as much an enigma as he. There is a sense of her self-hating, loathing what she is and what she has done and putting herself outside society almost as a penance. Yet at the same time in doing that she's imposing a standard of behaviour that is, you might think, out of all kilter with the modern world. She is married. She was carrying on with another man. It ended in awful, public scandal. Not creditable, but - in 2016 - not remarkable either. Yet as she becomes obsessed - and I don't think any other word will do - with Sigurd, and begins to see the absent Nor as a rival, a burning self-condemnation features strongly in her thinking. She seems to feel herself unnatural, defective, outlawed - nithing. 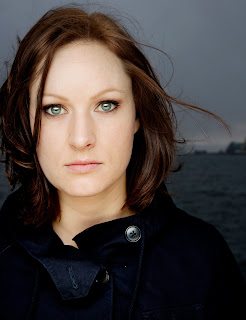 Together in that house Aliss and Sigurd rattle around, colliding and reacting, their emotions never in step. Twice, or is it three times, Aliss seems to try to run away only to end up back where she started, we don't quite see why. She is, she muses on one of these occasions, the kid of woman who manages things, she could easily make her back to her parents' house. But in the end she doesn't. Similarly Sigurd disappears several times for days on end - Aliss is worried and checks all the locks. Once he comes back telling of a strange and disturbing dream in which he is condemned by a jury of bird-headed men and women.

This book has so much emotional tension you can practically see the covers crackling. In places it's painful to read. In places you scarcely dare turn the page.

There are also periods of great calm, centred especially on practical things - Aliss's gardening or cooking or a fishing session - where you think, no, these are normal people doing normal things. But always, something beneath the surface... a squall can blow up form nowhere and you're holding your breath again, dreading what might happen, as Aliss narrates the story of Baldur the Good, the slain Norse god - which may or may not refer to what's going on between her and Sigurd

It's a gripping read. While the book may only be 185 pages long there is enough tension for a story two or three times that length. Every page is its own adventure with absolutely no certainty of what will happen next, and the English translation by Rosie Hedger is a gripping narrative.

"Psychological thriller" scarcely does credit to what this book is, or does. Orenda has recently been bringing some excellent Scandi fiction to British shores but this one really takes things to a different - and very dark - place.

I'd strongly recommend it. 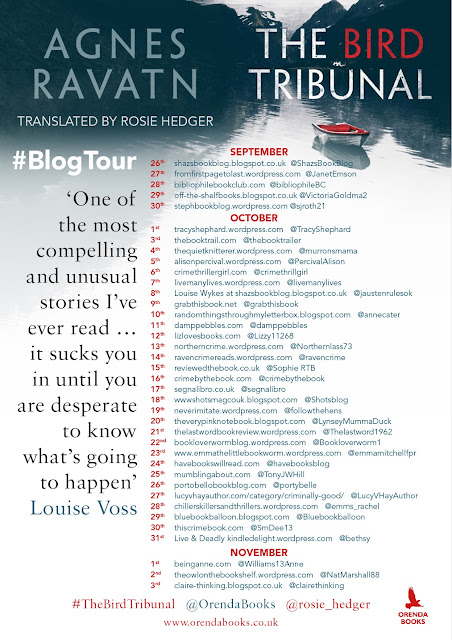