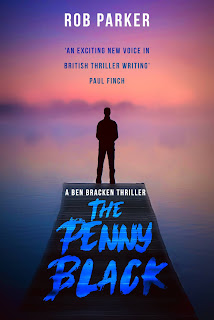 I'm grateful to the author and publisher for a free advance copy of The Penny Black and for inviting me to take part in the book's blogtour.

This is Parker's third thriller featuring ex soldier and ex con Ben Bracken, following A Wanted Man and Morte Point. I'm interested how Parker is developing the series. While Bracken (under a variety of aliases) remains centre, in this book he feels rather more detached from the conspiracy themes of the first two (though some familiar and unwelcome faces still pop up).

Bracken is hiding out in the remote village of Horning on the Norfolk Broads. I last read about Horning in Arthur Ransom's Swallows and Amazons children's series, about forty years ago and as one might expect Bracken's experience of it is rather different from how it is portrayed there! Behind the idyllic seeming English village with its boatyards and quaint pubs, there are dark goings-on. Bracken ought to leave well alone - he's hunted by an entire alphabet of acronymed law enforcement agencies, crime syndicates ands spooks and should be keeping his head down.

Needless to say, being Ben Bracken, he doesn't, and thus begins a fast-paced and tension-filled story. It isn't, though, perhaps quite as relentless as Morte Point with more time for Bracken to reflect on who he is, where he has been and on his responsibility to those around him. Put simply he is a target and those hunting him have shown that if he appears in their sites they won't be too fussy about who else gets hurt. That's part of the atmosphere of these books - it's not a question of who Bracken can trust or the lengths they are prepared to go to, it's a matter of how bad things will get and what he might have to do. That's what triggers his sense of guilt and responsibility.

I wouldn't have it any other way but that didn't stop me almost shouting "don't do it!" several times as he stuck his neck out.

So, all in all, another fun and tense episode with some deeper themes beginning to emerge. A couple of details seemed a little far-fetched, perhaps, but the think that's inherent in this genre (go back and re-read The Thirty Nine Steps if you want proof of that).

Ideal reading, I'd say, if you're off for that boating holiday on the Broads... 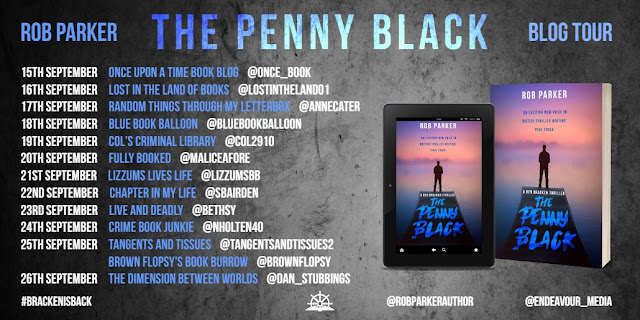