Just for a change, I thought it might be nice to do a post that isn't a review, but rather is an update about what I've been doing and what's next. It's been a slightly strange week for me, much of it spent at home as I've been revising for an exam (Regulatory Analysis, due this Friday) and also because after departing back to University three weeks ago, the Boy was back. My wife was conducting the funeral of one of our parishioners who the Boy was particularly fond of, so he came back for that (now dispatched back on the down train, leaving me, wife and dogs alone again). 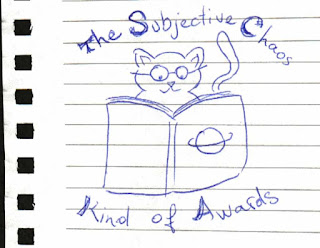 Well, the big bookish news has been the announcement of the shortlist for the 2017 Subjective Chaos Kind of Awards (SCKA), an initiative of a number of readers/ bloggers*.

We had to adjust a couple of times for books which had actually not been first published in 2017, or which didn't fit the category lengths. But we still didn't get it quite right and one author alerted us that a book I'd thought was a novella wasn't. However all that has settled down now and the nominees can be made known. They are:

To give an idea of my new reading commitments I've italicised the books I have read.

So, I will now be blending in an additional ingredient to my reading choices - starting, I think, with fantasy - because I've already read more of those and so will be able to join in the debate most easily. I will be reviewing these books as I read them (as I've already reviewed those I have already read) but  of course discussion of the relative merits will be in private until the awards are announced.

*C from The Middle Shelf, Runalong Womble from Runalong the Shelves, Beth of Bethan May books, X+1 and a couple who write about books in other places - Hammard and Eowyn 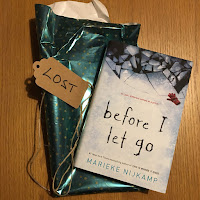 I've added a number of books to my collection this week. First, I received a copy of Before I Go by Marieke Nijkamp (Sourcebooks, 23 January, £12.99).

Best friends Corey and Kyra were inseparable in their snow-covered town of Lost Creek, Alaska. When Corey moves away, she makes Kyra promise to stay strong during the long, dark winter and wait for her return. But, just days before Corey's return, Kyra dies. Corey is devoted - and confused. The entire Lost community speaks in hushed tones about the town's lost daughter, saying her death was 'meant to be', pushing Corey away like a stranger. An outsider.

I love the hint of mystery here, the setting, the loss. I HAVE to read this - while I won't get there before publication, Before I Let Go definitely goes to the top of the pile. 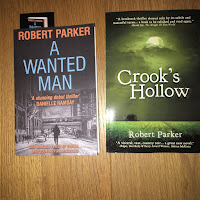 In the quiet village of Crook's Hollow, almost exactly between manchester and Liverpool, land and pride are king.

And now someone has just tried to kill Thor Loxley - but Thor has no clue why...

The press notice promises greed, betrayal, secrecy and blood. I'm hoping to get to this one soon. 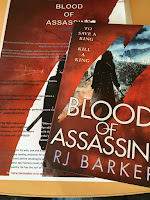 Finally, I received Blood of Assassins by RJ Barker (Orbit, £8.99). RJ's first book, Age of Assassins was just amazing, a skilful blend of credible, flawed characters, violence and a believable world. So it's great to read more about that world and about Girton Club-Foot, and in fact I started Blood straightaway, I'm currently held way through (aim to finish tomorrow) and it is EXCELLENT. 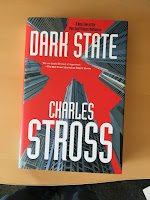 I also bought some books. First there was Charles Stross's Dark State, the latest in his new Merchant Princes trilogy. I actually had a review copy of this but I wanted the hardback to match the rest of my Stross shelf - and Transreal Fiction in Edinburgh arranged to have some copies signed so, you know...


Then there was Sourdough by Robin Sloan (Atlantic Books, £12.99) and Her Body & Other Parts by Carmen Maria Machado (Serpent's Tail, £12.99) yesterday from my local bookshop. Sloan is of course the author of Mr Pendumbra's 24 Hour Bookstore so it'll be good to see what the new book is like. Machado wrote a story in a collection I reviewed last year  and it'll be good to see more of her work. 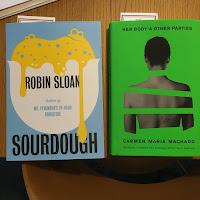 I finished two books. First, Lady Stanhope's Manuscript and Other Stories by Dale Nelson (Nodens Books). This is a collection of Nelson's supernatural short stories, some in the tradition of MR James, which I'm reviewing for the MR James Ghosts and Scholar Newsletter. Secondly, Starlings by Jo Walton, a collection of her short stories, poetry and other writings to be published shortly by Tachyon. I have this one from NetGalley. I'm currently writing reviews of both books and polishing up my review of Steph Broadribb's Deep Blue Trouble for the blogtour on 23rd.

Well, that brings me just about up to date, and I'll stop now to read Blood of Assassins, eat my dinner and maybe persuade the dogs out before bedtime.

I hope you enjoyed your weekend and got lots of great reading in!