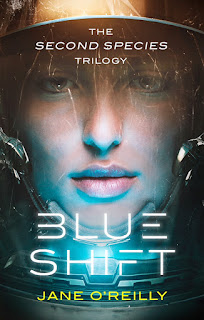 I'm grateful to the publisher for a copy of this book and for inviting me to take part in the blogtour.

This is the story of Jinnifer Blue, privileged offspring of Senator Blue, child of the protected Dome, and of dread pirate Caspian Dax, scion of the squalid Underworld.

It's set in a not so distant future where climate collapse - though cooling, rather than heating - is rapidly making Earth uninhabitable. While some colonies have been established nearby on asteroids and the like, the future of humanity lies in the stars - if we can get there.

And if the aliens whose territory lies in the was allow transit.

It's a harsh, almost dystopian, world that O'Reilly describes, one where the privileged have it easy while the poor suffer. It's grim in other ways, to, from the conditions on the prison ship A2 to the routine use of sexbots for pleasure to a trade in Underworld children to the political machinations behind the plot of the novel. Blue's, and Dax's, stories intertwine as they rightly shouldn't - she a pilot for the Security Service, he a bold outlaw - but they also come to the attention of powerful people.

I was impressed by the way that O'Reilly creates convincing worlds on the variety of space stations, mining bases and craft. It's very much written in tones of industrial grime. These are used settings, not the pristine, optimistic colonies and ships of a 2001 or a Star Trek. In these settings she deploys pretty much non stop action - both combat, and, in a couple of scenes, some very steamy sex, making the descriptions of both effective in driving the plot forward.

For all that, my favourite character in this book wasn't either of the main human protagonists but the intelligent droid, Theon, whose cool, slightly detached humour often lightens the writing and provides a contrast to both the passion and the violence of the humans. He has history with Dax and I'd like to hear much more about this.

The story is very much the first part of a trilogy, with things ending on a cliffhanger: I felt they'd perhaps been somewhat pushed into that, perhaps slightly against the way I'd understood the characters - but it might equally be I hadn't understood how damaged Dax has been by her mother's attempts to control her. The remaining volumes will, I hope, shed more light on that.

For more about the book, see here. You can buy it here, here or here. 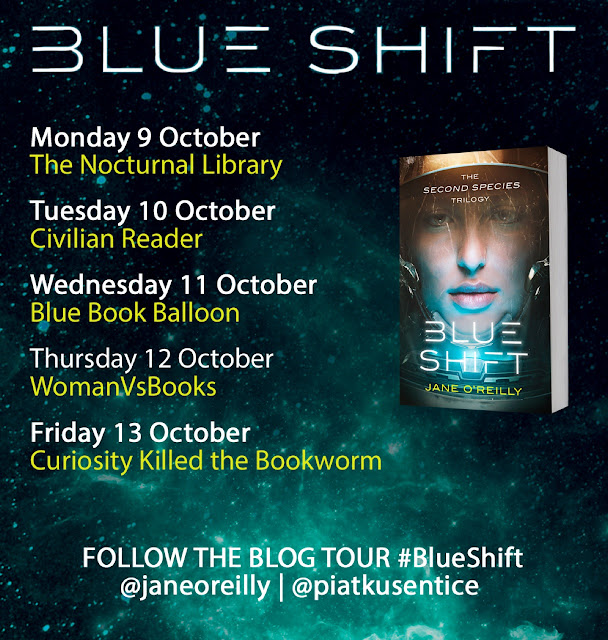