Blogtour - Maria in the Moon by Louise Beech 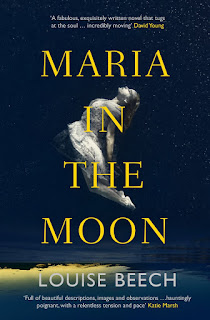 Always find out the real names...

I'm grateful to the publisher and to Anne for an advance copy of this book and for inviting me to take part in the blogtour.

I loved Beech's previous book, The Mountain in my Shoe (full disclosure - my review is quoted in this one!) and with Maria in the Moon I think she's done it again - that is, delivered an involving, acutely observed slice of life featuring characters you'll care desperately about and an emotional punch that could win a gold medal for boxing at the Olympics.

This time the setting is Hull, soon after the 2007 floods. The TV cameras have moved on and people are left to rebuild their lives and their homes. Families live in hotel rooms, grotty flats, or caravans in the drive. Front gardens are piled with filthy furniture. Yet people carry on. This finely observed story deals with one life, but we always see the bigger picture; bus passengers grumbling about neighbours getting lavish new kitchen on the insurance, revellers out for a good time as Christmas approaches, the ubiquitous question "Were you flooded?"

Catherine is flooded out of her own house and volunteering for Flood Crisis, spending two or three shifts a week listening to desperate people, meantime sharing a flat with Fern, the sparky writer of the "Wholly Matrimony" column in the local paper. (Fern is far from that state herself, but her editor doesn't know). To a degree their existence seems almost cosy, despite the dripping tap, the lack of space or privacy, and Catherine's only having a sofa to sleep on). There's certainly support and solidarity from Fern when Catherine wakes from a nightmare: I enjoyed the portrayal of their friendship.

Catherine herself is a wonderfully drawn character. It's clear from the outset that she has issues, and we may suspect she's working at the helpline so can ask the questions and not have to answer them. But she's marvellously vivid and alive, coping with her ruined house, her spotty relationship with her stepmother and with - well, with whatever it is she can't remember fro when she was nine. Steaming through life in a haze of indulgence, edgy sex and swearing, she's nobody's victim, won't be pitied and has built defences around herself like the walls of Troy.

In a story like this it's clear that something is going to happen to bring those walls down, so in a sense there's no mystery here, nevertheless Beech brings a real tension to the story as we discover secrets long hidden and especially as Catherine experiences the aftermath of that.

It would be so easy to leave things after the big reveal, implying that now everything will be OK. Of course life is seldom that neat and Beech acknowledges this. In so doing she makes Catherine even more real and vivid - and tugs on the reader's heartstrings as she does. I think you'd have to be pretty lacking in empathy not to shed a tear over the ending.

Overall a delightful book with a powerful, beating emotional heart. I'm so glad I read it and I'm sure you will be too. 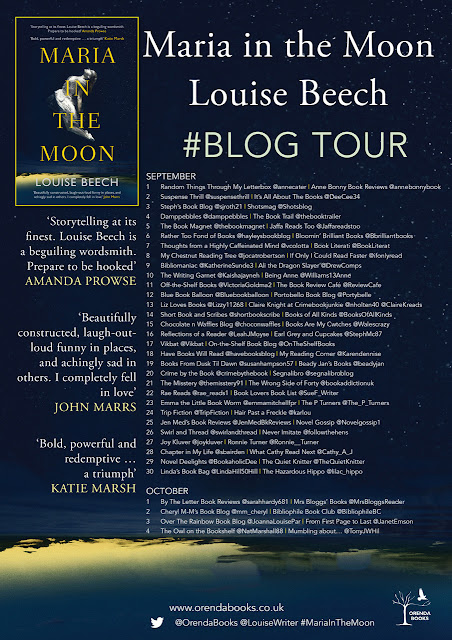