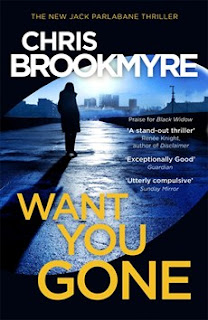 I'm grateful to the publisher for an advance e-copy copy of this book via NetGalley, and honoured to be joining the blogtour. (This was one book though I couldn't miss out on the hardback of and I've bought one to go with the other Brookmyres on my shelves).

Sam Morpeth doesn't have it easy. Sam's mother is in prison, she's bullied by the popular girls in her class and she's the only carer for a sister, Lilly, who has learning disabilities.

And it all seems to be getting worse as Sam's benefits are cut and the lowlife move in to take what they claim Sam's mum owes them for drugs...

Jack Parlabane, in contrast, is on the up at last. Still glowing - a little - from his reporting of the Black Widow case, he's now been able to use his contact, "Buzzkill" to get the inside story on a major bank hack. Buzzkill has featured several times in recent books, but now we're going to learn a great deal more about him ("there are no women on the Internet") as he and Jack circle and double cross each other, looking for a way out of a pretty extreme situation.

It's a situation that also draws Sam in, and one where she'll have to dig deep into her history to discover what's really going on.

All while juggling schoolwork, Lilly-care and the labyrinthine benefits system.

Brookmyre gives an achingly real portrayal of real people in real dilemmas: what do you do when your flat is burgled, the TV stolen, and your little sister will just melt down if she can't watch her favourite DVDs at the regular time? As a parent of a LD child I can assure you this isn't a trivial issue but Brookmyre clearly gets it. The need to provide care throws many spanners in the works here, heightening the tension as the story winds to a gripping climax.

What happens to the hacker when they're hacked? (Scary TV of armoured - and armed - cops busting open flats, that's what).

How does an ageing hack in a transforming industry stay at the cutting edge when he's beginning to feel too old even for the partying and definitely for climbing up to 3rd floor windows?

This is a book that ranges widely in its themes - from the camaraderie of hacker gangs to financial fraud (that bank deserved what happened to it), the changing face of journalism: Jack's got himself hooked up with a Buzzfeed style outfit, all beanbags and pool tables and based at an achingly trendy North London address (Hmmm, let's see how long that lasts). We also see the grim reality of the benefits system, for those caught up in its workings. All in support of a thrilling plot with the usual Parlabane shenanigans - whatever he tells himself, when he breaks into an office it's not only in search of the story, it's just as much because he can.

But there's a serious edge. Buzzkill nearly ruined Jack once before (by accident? on purpose?) and has been an ambiguous figure throughout. All the same, he's done Jack some favours. Now, Buzzkill is calling in the debts, faced with an enemy the hacker can't hack. But this could bring all Jack's new-found credibility crashing round his ears.

Will he repay his debt?

Will it be the end of him if he does?

From the ominous preface to the final, suspense-filled pages of the story, this is a book that'll keep you gripped and reading - whether you're a longtime fan of Brookmure or a newcomer. 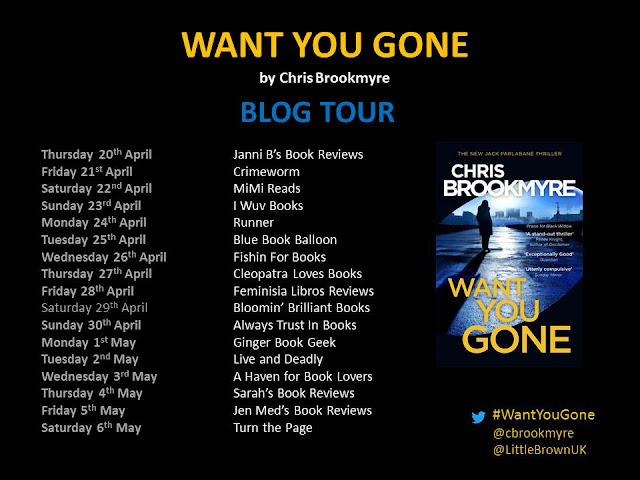