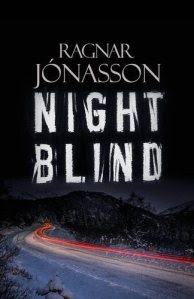 I'm grateful to Karen at Orenda Books for a copy of the book. This review is part of the Nightblind blog tour - see below for details of other reviews.

Nightblind takes place in the long dark of a near Arctic winter (the map in the front of the book shows how close the village of Siglufjörður is to the Arctic circle).

Set in a fishing village in northern Iceland, the story follows up Snowblind and features the same central characters, but five years later. Ari Thór Arason is now working for a new Police Inspector, Herjólfur, his friend Tómas having moved on - but he's about to face his greatest challenge when Herjólfur is gunned down in cold blood,  a shocking and startling event anywhere, but an unheard of one in peaceful Iceland. Naturally there is intense media interest, and pressure from the higher ups for a swift conclusion (as long as it doesn't upset anyone important).

As the investigation proceeds, the crime only acquires new layers of complexity - from iffy local politics to drug dealing, domestic violence and, interleaved with the main narrative, a first hand account by a psychiatric patient, apparently confined in hospital but subject to "treatment" that only makes their condition worse. And the unwarranted nature of the crime attracts publicity - which itself threatens some characters with unwelcome consequences from pasts they hoped to leave behind. Added to this are strains in the domestic lives of many of the main characters, especially Ari, so that the unravelling of the original crime becomes almost the least of problems.

I really enjoyed this story. I hadn't read Snowblind so didn't know what to expect, but Jónasson skilfully establishes Siglufjörður (a real place) as a vivid location: through its history (repeated economic shocks from the loss of a fishing industry and the more recent financial collapse with a tentative revival based on tourism), isolation (in winter the town depends on tunnels for contact with the rest of the island: one vivid sequence describes the danger of travelling the old mountain roads) and, or course, that pervasive winter darkness. He also sketches believable characters: the petty crook, the small town mayor on the make who wants, of course, to come up smelling of roses, the woman who has lived decades with a dark secret (apologies if you think I'm overusing the word "dark" in this review - it applies to this book in so many different ways).

Add in a taut, ever moving plot which - after all the twists and turns - discloses a surprising degree of contemporary resonance and you have a book which will surely prove very popular. It's not a lengthy read but I found this refreshing compared to the normal run of somewhat bloated contemporary crime: better write 200 pages where every word counts than spin out the same material to 350 or 400.

And I should says something about the translation: while I don't know any Icelandic, Quentin Bates had produced excellent, readable English which doesn't (names apart) in any way suggest to me that the work has actually been translated

The book ends with a lyrical passage by Jónasson's father, describing the coming of Spring to Siglufjörður - the darkness is fading, and life returns to the little community. It is a beautiful and hopeful piece - despite the fact that Jónasson clearly intends to continue driving up the murder rate in his fictional version of the town!

An excellent read. I gather that the next books will now fill in that 5 year gap, and I'm looking forward to visiting Siglufjörður again soon. 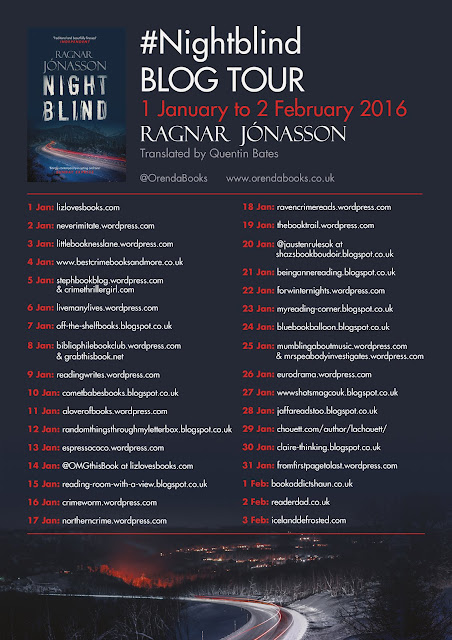