#Review - The 22 Murders of Madison May by Max Barry 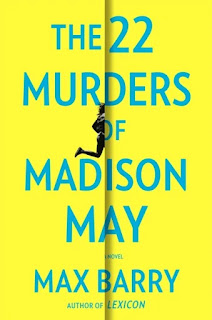