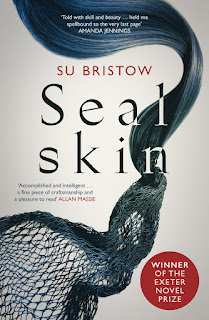 I'm really glad today to be hosting a guest post by Su Bristow, author of the awesome Sealskin, just out from Orenda Books. It's part of the Sealskin blogtour alongside the redoubtable Last Word Book Review

What happens when magic collides with reality? Donald is a young fisherman, eking out a lonely living on the west coast of Scotland. One night he witnesses something miraculous … and makes a terrible mistake. His action changes lives – not only his own, but those of his family and the entire tightly knit community in which they live. Can he ever atone for the wrong he has done, and can love grow when its foundation is violence?

Su has written about layers of meaning in writing - and in names. so, without more ado, over to her...

The name ‘Sealskin’ seemed to me to be a good fit, for several reasons. On the surface level, it’s a legend about a seal-woman whose skin is taken from her, so that she cannot return to her life as a seal. But the idea of our skin both as the appearance or ‘surface’ that we present to the world, and as our defence against the outside with all its perils, is a powerful way to look at our human dilemmas. 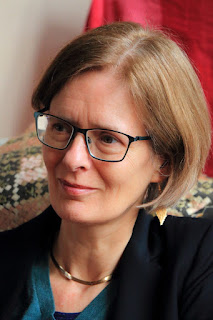 We all feel like outsiders at times, separate from our fellow humans, and yet we are all the same under the skin. To be ‘thin-skinned’ is to be vulnerable, to feel the hurts and bruises more keenly than perhaps we should, and Mairhi as a new human has skin as fine as a baby’s. Gradually, though, her skin gets stronger as she learns to cope with being human, and even, eventually, to dance with it.

Donald, on the other hand, has always had trouble dealing with everyday things like the touch of wool on skin. Over the years I’ve dealt with a great many patients – often children, but not always – who suffer from eczema, and I’ve seen how disabling it can be. At its worst, it can be completely isolating, and of course anxiety about how other people see you tends to make it worse. It’s a bitter irony that over the years, chronic eczema tends to thicken the skin, almost as though it’s trying to grow a better barrier against the things that inflame it. Where Mairhi has lost her skin, Donald needs to find his.

When Donald’s father died, his grief became a wound that never quite healed, and he dealt with it by trying to cut himself off from everyone, and finding solace in the natural world. Fishing, of course, is a torture to him, continually opening the wounds and pouring salt into them. No matter how the other fishermen react, whether with pity or with mockery, it simply adds to his misery, so that the only way, for him, is to go out alone.

And yet, of course, he is desperately lonely. I deliberately left a lot of this implicit in the novel, because Donald himself is inarticulate and avoids thinking about his own problems, and we are always inside his head. But all of this feeds into his response when he sees the selkies. Unlike in the legend, he doesn’t deliberately set out to trap one of them on the shore, but when he realises what has happened, he can’t bear to let her go. And in that moment, both their fates are sealed.

Sorry about the pun! But that’s the thing; ‘seal’ has so many meanings. In consenting to the sealed fate that they’ve found themselves in, and – for Donald – in truly trying to atone for the terrible wrong with which he began it – they both find a new freedom. And they both grow into their new roles, as parents, valued members of the community, and eventually as lovers. Their second child, born of love rather than violence, is called ‘Sorcha’, which means ‘freedom’ in Gaelic.


So for a little time, until what Bridie reveals to Donald means that new choices have to be made, they do have freedom. They are comfortable in their own skins. I won’t talk about what happens next because that would spoil it for people who haven’t yet read Sealskin. 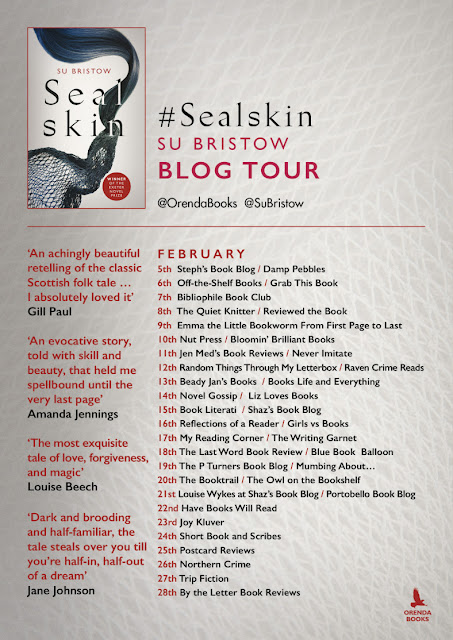 You can buy Sealskin from any good local bookshop or from here, here, here or even here.