Witches of Lychford by Paul Cornell 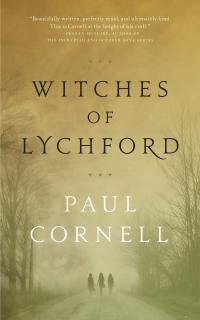 If stories of magic, monsters and the supernatural in a modern setting are supposed to be called "Urban Fantasy", then what are we to make of this, set in an idyllic, sleepy English village? "Rural Fantasy" sounds a bit Cold Comfort Farm - but in this story there might well be something nasty in the woodshed, so I'll assert now that Cornell has launched a new genre with his clever, chilling book.

Lizzie is the new Vicar in Lychford. Recently bereaved and still mourning her husband, she has come back to Lychford where she grew up. Judith, eccentric and quarrelsome, knows a bit about the Other World you can find along certain paths in the woods.  Autumn, once so rational and ordinary, experienced something impossible and now runs a magic shop in the village.

Together, the three women will face an ancient evil - and an unstoppable modern power, the mighty supermarket chain Sovo. If Sovo has its way, it will be the end of village life - and possibly of all life. Because Lychford is a special place, and needs to be preserved.

Blending together conservation, magic, religion, and big business, Cornell has created an extremely readable and rather funny adventure with three engaging protagonists who may not know much about what's happening, but do know what's right. And I have to say, as the husband of a Vicar living in a small village, his observations of clergy life (those Church Council meetings! The fundraising!) are spot on.

Best of all, I understand there are going to be more stories set in this world. So we may hear about Judith's dark past, about Joe and what happened to him and more about where Autumn went, and why.