Review - Mr Wilder and Me by Jonathan Coe 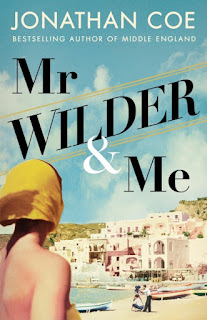