Blogtour - The Finnish Invasion: The Exiled by Kati Hiekkapelto 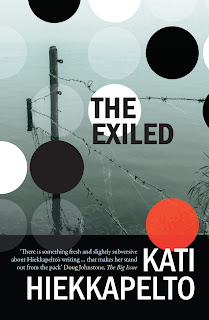 I've never taken part in an invasion before, let alone a Finnish one, so it's exciting to take my place in the ranks of this truly epic blog tour (see banner at the foot of the post) reviewing both Kati Hiekkapelto's new Anna Fekete books, and in a few days, Antii Tuomainen's The Mine.

That said... Finnish? Well, as readers of Anna's earlier adventures will know she's not Finnish. Well, not exactly. Inspector Fekete is of course a Finnish citizen, but she's from Serbia, originally, a refugee from the civil war that broke up Yugoslavia. And in this book, she's home for a holiday. (Needless to say, things don't go smoothly). To add a wrinkle to things, Anna is ethnically Hungarian - that's her mother tongue - and the book makes passing references to the use of Hungarian rather than Serbian at times. So - just to be clear - I'm reviewing the English translation of a book written in Finnish about a woman from Serbia who has settled in Finland but is also Hungarian. 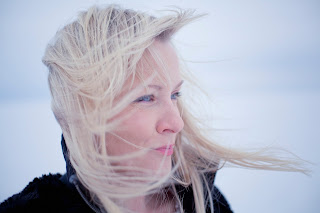 I think that's rather wonderful. At a time when strutting idiots are doing their best to stoke hatred and divisions and draw neat little boxes all around us, here is a book celebrating the wonderful, true messiness of life in Europe.

Of course, as you'd expect, it really does get messy for Anna. One of the themes of the book is precisely her lack of roots. While she's happily settled in Finland, it isn't home, any more than Kanizsa, the village she originally came from, is home. Or perhaps both are? With a father who died when she was a girl, and a brother killed in the war, she spends much of this book considering her identity - mainly through the lens of the Serbian culture: the casual attitude to life, from things like eating, drinking and smoking to not wearing seatbelts or indeed, when on the river, lifejackets. Small things, but significant. Caught between the culture she grew up with and that of her original home, Anna's ready to follow anything that promises to root her.

So when she stumbles on a mystery surrounding her father's death, we know she won't follow the wise advice of everyone around her and leave well alone.

That's not just down to mere curiosity of course: as in her previous cases we see a doggedness in Anna - she won't be told what to do, pursuing first the thief who stole her bag then the murderer who killed him and, finally, the little girl left alone and unprotected by that death. One rather pities anyone who gets in Anna's way.

Like the last book in this series, The Defenceless, The Exiled is preoccupied with the refugee crisis facing Europe. (It's interesting how one's natural instinct is to phrase this as a problem for Europe - when of course the point is that it's at worst, a minor problem for Europe but a catastrophe for the unfortunates who have had to flee their homes). Hiekkapelto dissects attitudes to the refugees and shows normal people being variously heroic, inhuman or just unheeding about it all. She also rather deftly displays the workings of society in Kanisza - the local political fixer, the police, the priest, the Romani who were treated as bottom of the pile until the refugees came along. It's a far from ideal society, perhaps, but it's a place Anna understands deeply, even if she couldn't live there, and being 'home' for a while only adds to her sense of alienation.

In many ways this is then as much a book about belonging (or not) as it is a straight crime story. At times the theft/ murder plot almost vanishes to be replaced by this study in (dis)location, illustrated not only through the refugees but also in Anna herself. A recurring motif is Anna's stolen passport which of course she needs to get back to Finland at the end of her stay. She keeps forgetting to report it and collect a new one. What does that say? Yes, Anna is busy with her informal (yet still pretty sophisticated) investigation - but there seems a little more to it than that. And the local boy with whim she has a brief fling (to her mother's disapproval. Real love, lust, or - perhaps - a need for something solid in her life (despite angry words when her mother urges her to settle down).

It's difficult to say. We'll have to read more about Anna and find out.

An excellent further instalment to this series which only deepens the reader's understanding and sympathy for Anna (even though she can be a bit awkward at times...) 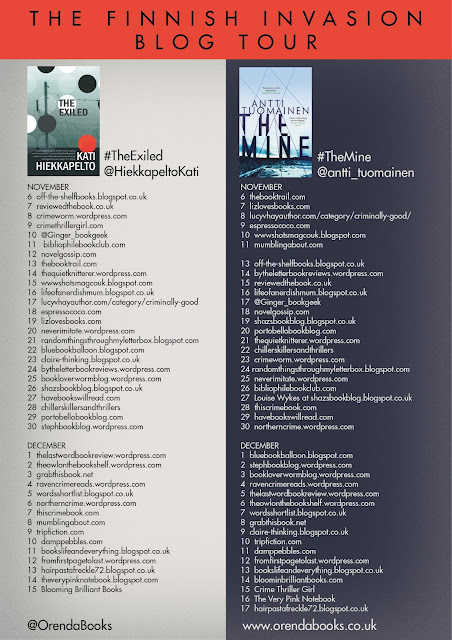