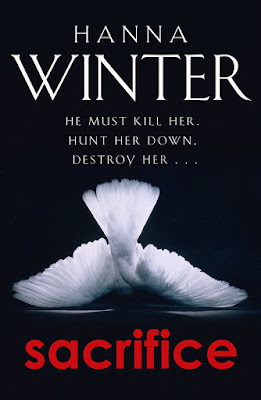 Sacrifice introduced me to Lena Peters, a psychological profiler on attachment to the Berlin murder squad. It is a fairly short book which goes at at a driving pace and would be easy I think to finish off in one sitting (I read it in a day, alongside travelling to London for a minibreak).

In her very first case, criminal psychologist Lena Peters is confronted with a killer on a murderous vendetta. And though she is unaware, Lena will play a prominent role in his deadly mission. Lena knows what makes killers tick and all about obsession, for she has been close to the edge herself. But soon she will become the hunted…

Peters joins Volker Drescher's murder squad as it struggles to hunt down a serial killer, a killer who steals something - feet, hands, lips - from each woman he kills. But something is wrong. Her predecessor disappeared, leaving empty files behind, and Drescher is strangely reluctant to speak about her. He's ambivalent about Peters, and she herself has some dark secrets.

I was impressed by how Winter establishes Peters from the start as a no-nonsense character, who'll stand up for herself. She's plunged into a horrific series of crimes - this isn't a book for the fainthearted - and is running to catch up, as she comes into an established team midway through the series of murders. Winter doesn't bother too much with the minutiae of clues and evidence - this is very much a psychological murder mystery, rather than a procedural, and Lena, not the team, is in the foreground for most of the book. That runs a risk that she too easily and quickly assumes the role of loner/ outsider and therefore becomes something of a crime fiction cliche (though where would we be without our Morses and Rebuses?) This risk is avoided, mainly by Winters deftly introducing another figure - dishevelled ex cop Belling - who has the requisite failed family life, bad diet and stubborn streak. It's as if Lena has her own small team (she also enlists a hacker to help her out).

Once Peters in in place, moving into her new Berlin apartment with her cat and sister troubles, things get moving very quickly indeed with deaths to investigate, nasty rivalries in the squad and unpleasant personal resonances to the case. It's difficult to convey just how fast moving and gripping the story is, a bare knuckle ride from killing to threat to team meltdown, interspersed by brief episodes featuring the killer - enough to ratchet up the tension without giving great deal away.

I'd say that Winter is a master of the form here, although the language does sometimes let this book down as it can come over a little flat (" 'Marietta - wow, you're the last person I expected to see after my embarrassing appearance the other day!' blurted out Belling".) It may be this is a translation issue (and I apologise for not crediting the translator above - I couldn't find their name anywhere) and not in the German. I also felt that the story had slightly too many coincidences and personal revelations.

However - and here it is again - the relentless pace and extreme tension of this story more than offset these issues in the reading, making it the ultimate page turner (device swiper?)

Winter also delivers a sting in the tale, setting up the next in what I think will be a long and successful series of books featuring Lena Peters. 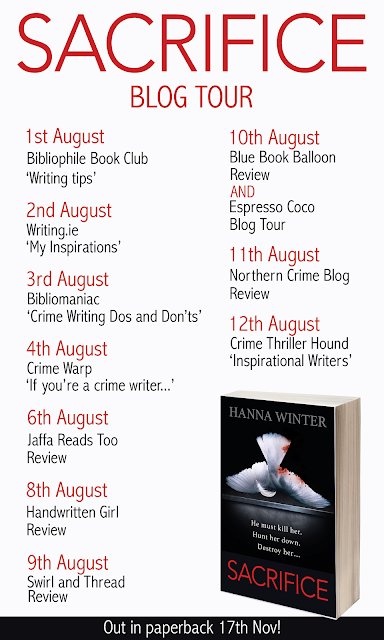